A new vehicle for the BT series lineup

With every summer operation comes new vehicles in WarThunder and this BT is just one of them. It proves to be a very versatile scout with its new 76.2mm gun. It will be added to Rank II in Russia. Due to its APHE it can handle foes much more effectively than the 45mm can.

Now lets learn a bit more about this tank:

The pre-war Soviet BT-7’s stood out as reliable, maneuverable vehicles that worked especially well when attacking in conjunction with infantry. However, the 45mm cannon had insufficient destructive potential for combat with serious enemy fortifications. In 1939 two experimental BT-7 models were tested with a more powerful 76.2mm cannon: the L-11, which was then installed on early KV-1s, and the F-32, the precursor to the gun mounted on the first T-34s. The L-11 turned out to be too large to be installed on the BT-7’s small turret, but the F-32 not only fit well on the tank’s turret, but also beat the competing gun in a number of tactical and technical characteristics. Due to a series of factors the committee stopped the serial production of the BT-7(F-32) and an experimental version was produced 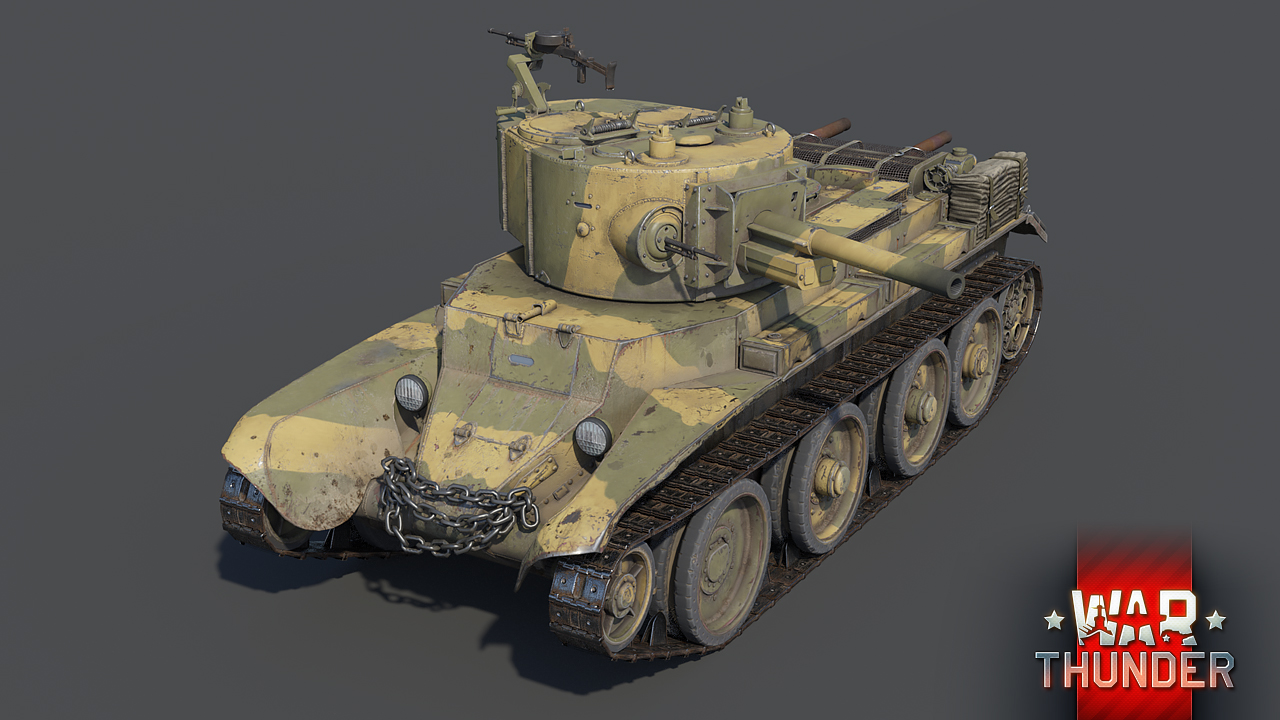 Here are the Pros and cons of this vehicle:

Its armor is still weak, and its crew is still small, so this tank will always need to shoot first. Its unarguable advantages include good acceleration, decent top speed, compact dimensions, scouting, and allied repair assistance... well, and the cannon, of course!

You can get the BT-7 (F-32) by completing the Operation H.E.A.T tasks. It’s a great tank for lively shootouts in ranks II and III.