The vehicle had its origin in the 1966 Combat Vehicle Reconnaissance (Tracked) or CRV(T) specification for a light tank that led to the Striker. It was conceived in par with the FV103 Spartan, featuring a roomier hull with a sloped roof. It was developed to use the Swingfire missile, and to form the brand new mobile Royal Artillery Anti Tank Guided Missile Batteries. Externally it was very similar to the FV103 Spartan tracked APC.

The FV 102 had a roomier hull with a three-sided sloped roof, with a commander cupola to the left, and the "gunner" cupola to the left. The driver sat in the left, front, with the transmission on his right and engine transversally at the front, connected to the drive sprockets. The cupola vision blocks provided an excellent all-around view, and there was a rotatable mount for an auxiliary 7.62 mm NATO GMPG with 3,000 rounds. The standard one was placed around the gunner's hatch mount, coupled with a searchlight. The main armament was placed at the rear of the crew compartment with a full-width bank of five Swingfire missiles, in a ready-to-fire configuration. The bin was elevated to 35º for firing, and there were five reloads below.

The Reloading process was manual, external, with the vehicle stopped. The targeting sight could be remotely-operated to allow the operator to remain in cover while the vehicle itself was concealed (the missile could operate a sharp turn towards its target after firing), and the operator could correct the trajectory if needed. The steering is provided by joystick control and Command to Line of Sight (MCLOS), later updated to the SACLOS (Semi-Automatic Command to Line of Sight) system where the guidance was automatic when the target was spotted once.

The powerplant was a civilian Jaguar J60 4.2-litre 6-cylinder petrol engine, and the wheeltrain and chassis were identical to other CRV(T)s, with five roadwheels, rear idler and front drive sprocket per side. Later on, the modernization program called Life Extension Program (LEP) called for a replacement of the engine by a Cummins BTA 5.9 diesel already used on Scimitars and more fit for a harsher, military use. The vehicle had a ground clearance of 35 mm. Two sets of smoke dischargers in clusters were posted in échelon on the sloped glacis plate.

Far lighter than the previous Malkara deployed by the Humber Hornet, these wire-operated semi-automatic ATGMs had a 27 kg total weight for a 7 kgs HEAT warhead, a length of 1.07 m, diameter of 0.17 m, and a Detonation mechanism on impact. Its operational range was comprised between 150 and 4,000 m (2.5 miles), speed was 185 m/s. The name and specificity of the missile was to be capable of a sharp turn of up to ninety degrees after firing, to bring it into the line of sight, giving the possibility to the vehicle of remaining concealed from the enemy, while the missile could be remotely-operated and semi-automatically guided to the target at safe distance. It was produced from 1966 until 1993 to 46,650 units.

Production of the vehicle was assumed by Alvis Vehicles Limited, Telford, Shropshire, West Midlands, England, UK, for the chassis, and various components from other suppliers. The missiles were manufactured by Fairey Engineering Ltd and the British Aircraft Corporation. The Swingfire was replaced by the Vickers Vigilant and the Javelin in British service. The Striker was never sold abroad.

The Striker entered service in 1976 with the Royal Artillery of the BAOR. The vehicle, however, was transferred later to the Royal Armoured Corps, incorporated into formation reconnaissance regiments. The only operational battle service of these vehicles occurred during operation Desert Storm in 1991 and Enduring Freedom in 2003. It was withdrawn from British Army service with the introduction of the Javelin missile in mid-2005.

Sources/Links about the FV 101 Striker 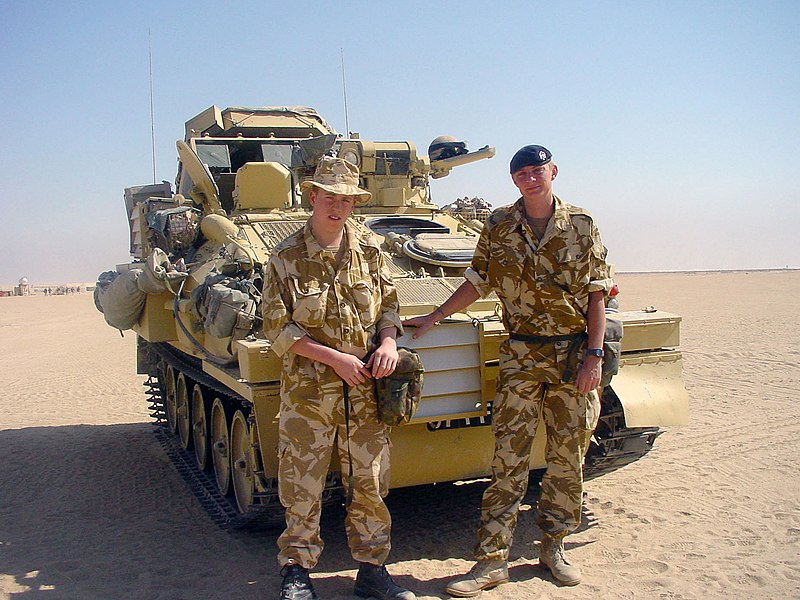