The idea of launching a missile from a mobile platform was not new: In WW2, the Germans were the most advanced in the world for these systems. Both the V2 and V1 could be launched from primitive TEL (Transport Launcher Erector) systems, some more complicated than others. The V1 was usually launched from fixed ramps which were too long to be mobile, but they were carried by rail or trucks to their deployment zone and had their own trailer, which can be towed by any of the German half-tracks, while the V2, much larger, was carried on the Meillerwagen, which, when assembly was completed, could be send on its trailer by an Hanomag SS-100 tractor, pulling it up to 45 km/h (28 mph) forward with the rocket travelling tail-first. After which the Firing Platoon Truck Section prepared the missile, equipment moved to a box on a strut at the top of the Meillerwagen's lift frame. It was moved via hand winches to the firing stand, levelled up via extendable outriggers and end-jacks, and properly erected for launch. The whole operation was long and complex, but after the war, several of these systems and their procedures were captured intact by the allies. The post-war US missile program started from there.

The ground attack missile concept started with the reverse engineering of the V1, ending with the Ford JB-2 Loon in late 1944 and 1945, abundantly tested. At first this early missile was deployed onboard submarines, as the KGW-1, also from LSTs and CVEs for amphibious operations. A massive number was built for the planned Allied invasion of Japan (Operation Downfall), which never took place. The program was later cancelled, but led to interesting developments: The MGM-1 Matador and later MGM-13 Mace were their direct inheritance. Other TELs included the MGM-29 Sergeant, MGM-31 Pershing, MGM-157 EFOGM, and MGM-134 Midgetman (launched from the M270). The MGM-52 lance was developed as a tactical ballistic missile system to provide both nuclear and conventional fire support to the US Army, jointly developed at Lawrence Livermore National Laboratory in the context of the Vietnam war. It was carried by a relatively light platform based on the cheap and ubuquitous M113, called the M752 TEL. Introduced in service in 1972, so too late to be deployed in Vietnam, it became the staple of US mobile tactical missils in the cold war before its retirement in 1992 and replacement by the MGM-140 ATACMS. It was used by six other NATO countries apart USA and Italy still deployed in the late 2010s. 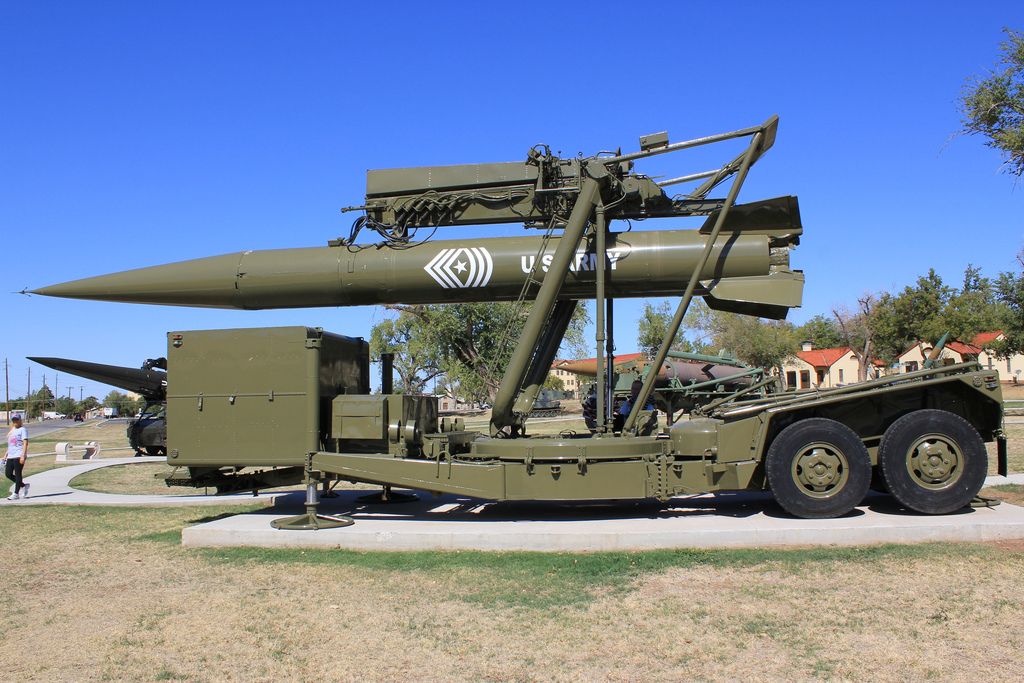 Development of the MGM 52 program

The development pf the MGM-52 started as a replacement program for the Honest John rocket and Sergeant SRBM which both were too heavy and bulky for ground mobile deployment. The latter Sperry's 1948 MGM-29 Sergeant measured 10 meters for 4.5 tons and could carry a 200 kt warhead, but needed a heavy truck to tow its trailer. This system had limited off-road capabilities as well, the weight of the truck trailer condemned it to solid roads, limiting its tactical deployment. The MGR-1 Honest John was much smaller and nimbler, but was basically the Artillery Rocket XM31, a short-range weapon capable of range of 3.4–15.4 mi (5.5–24.8 km) only, while still designed to carry a small tactical nuclear wahread (TNW) W7 (20 kt) and unguided. But it was fin-stabilized by a gyroscopic system. The Honest John was deployed on truck trailers, the M33 trailer/launcher, the M46 truck/G744, M289 TRL (or M139) G744 (truck, rocket launcher), the M329 (G821 TRL), M386 TRL short launch rail (M139 truck), M405 and M465 cart assembly TRL. They were all highly dependent of road which limited their field deployment.

The MGM-52 program was thought as an in-between between the two, and replacing these systems as an universal ground-based tactical missile. The most important point was to deploy it on an off-road capable plaiform, small enough for esier tactical deployments and easier maintenance. Studies for the MGM-52 were led in parralel to the Navy that had relatively similar requirments to be deployed by ships and submarines, the nuclear-tipped RIM-2D & RIM-8E/B/D. Its development started at the Ling-Temco-Vought Aerospace Corporation in 1962. First tests started in 1965. Initial flight tests took place in 1965. The range at first was only between 4 km and 40km. The Army tested a longer range variant in 1966 and eventually 55 test models were ordered in 1970 while production was authorized in 1972, when it was deployed in Europe, in Germany in particular. It could be towed on a small single axle trailer erector as well.

Its payload developed at Livermore consisted of an optional W70 nuclear warhead (yield of 1–100 kt or 4.2–418.4 TJ) or conventional munitions. This W70-3 nuclear warhead was one of the earliest deployed to be battlefield-ready with "enhanced radiation" (neutron bomb) capability. The Conventional warheads could have a shaped-charge warhead for deep bunker penetration 'bunker busting' or cluster bombing an airfield, launching 836 M74 bomblets anti-personnel/anti-materiel. There was also a program for a chemical warhead which development was cancelled in 1970. Unit cost was around ~US$800K (1996 dollars) or circa US$1.2 million in 2019. The missile's engine had an unusual arrangement, with a small sustainer engine mounted within a toroidal boost engine.

For what we are concerned, the missile and its carrying vehicle was developed by the Ling-Temco-Vought corporation. This conglomerate manufactured aircrafts such as the LTV A-7 Corsair II, Vought YA-7F, LTV XC-142 and L450F and Vought Model 1600 as part of the Vought inheritance, and for missiles, outside the MGM-52 Lance, the ASM-135 ASAT, Vought HVM and the MGM-52 replacement, the MGM-140 ATACMS. The vehicle chosen according to US Army requirements was the M113 APC, which was ideal due to its weight and tracked system for all-terrain deployments.

The Lance entered service in 1972 while produced went on until 1980 (four years later the Ling-Temco-Vought corporation filled a bankrupcy note). The Lance’s short range limited it to tactical battlefield missions. As planned it was likely to have been used for attacking concentrated troops and command facilities or military bases, targets large enough to cope with its lack of accuracy. The large nuclear yield would likely have caused major collateral damage, which limited its practical use to deterrence or second-step response. Nuclear escalation was a familiar concept to planners and once nuclear tactical low yeld weapons were used, especially in the case the fuld gap was crossed by the red army, and NATO forces overrun, this was last resort weapon. The neutron bomb warhead was especially destined to destroy the red army massive armored tank battalions. Its increased radiation yield would gave affected crews even through armor plating and NBC protection. The rather common High explosive warheads were were all planned prior to any tactical nuclear deployment. Submunition warheads were useful against a maneuvering unit, crippling all kind of military vehicle and troops caught in the open. The M752 excellent mobility assured its close cooperations with other armoured units so as to protect itself. Each M752 TEL was accompanied by reload vehicles, each carrying two extra missiles, and having the same off-road capabilities so to follow a fast ground force.

In 1990, 88 Lance M752 launchers plus 300 HE conventional warheads and 700 nuclear warheads were still stationed throughout Europe, in various NATO countries as well as South Korea. In 1991, the Presidential Nuclear Initiative took effect and all Lance nuclear warheads were withdrawn to the United States and dismantled by 1993 although vehicles could have survived in reserve and national guard units. In principle, they started to be decommissioned with the gradual introduction of the more flexible M270 MLRS.

M677 with the National Guards, MERDC camouflage in the 1980s (coming next)

Redstorne facility grounds testings of the MGM-52 in 1963-67

Deployment in Vietnam, circa 1967

A closup of the missile erected, date unknown

Italian Lance deployed in Sardegna in 1990

Another view of the same