A replacement for the ASU-57

The "airborne self-propelled mount"-85 was a design intended for use by the VDV and was intended to replace older designs such as the ASU-57. Its design was long and complicated, as a result of the stretching demands of making the vehicle airborne, and even under the leadership of the famous N.A. Astrov, the vehicle took nearly ten years to design! The ASU-85 would see service as late as the Soviet-Afghan War, but was far from a common sight.

The design process began in 1951, when the VDV needed a replacement for the modest ASU-57. The major problem of the ASU-57 was that it had an obsolete 57mm gun that derived from a 1943 design. Its NATO counterparts were substantially more advanced, and the USSR was starting to see a need for deploying heavier and more hard-hitting vehicles far beyond its immediate sphere of influence in much shorter time.

Development was undertaken at the OKB-40 design bureau of MMZ, and was designated the Object 573. Building an armored vehicle suitable for air transport and deployment is a long, technical process, meaning that the first prototype was not ready until late 1953. It was based on the PT-76, but did not feature the amphibious capabilities, as this would add unnecessary weight to the vehicle. Several more vehicles were later produced and were sent for tests in 1956 and 1957, and these featured a six cylinder diesel engine, the YaMZ-206V, as opposed to the weaker V-6 of the PT-76. These vehicles had an open turret, and featured an 85mm casemate gun, the D-70. 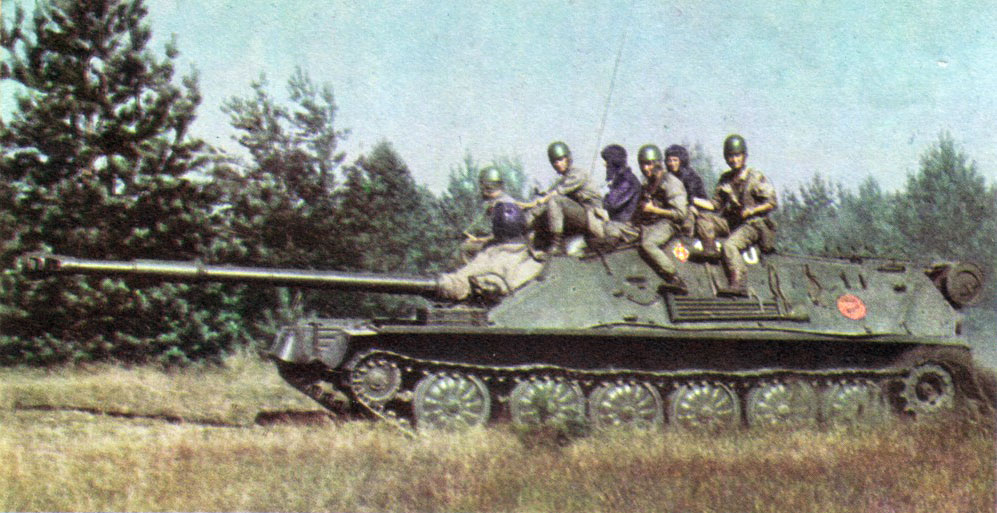 The vehicle was hardly any different to usual Soviet designs, with three compartments - driver's at the front, combat in the center, and the engine at the rear. There was space for 45 rounds. Sloped steel Armour was about 40 to 45 mm (front) offering a substantial protection against light AT weaponry and light armoured vehicles. It was propelled by a YaMZ-206V V-6 inline water-cooled diesel, producing 210hp (154 kw), with a mechanical transmission. There were torsion bar suspensions and Fuel capacity was 400 l.

Production was supposed to start in 1958, under the designation SU-85, but the Ministry of Defense ordered the vehicle to have an armored roof, which took another three years to add, leading to series production only being possible by 1961. As a result of its near ten year design process, it was seen as largely obsolete, something which seems to be a common theme with Astrov's designs, such as with the T-60/70/80 tanks during WWII.

The gun is assisted by a coaxial machine gun of the SGMT or PKT type with 2,000 rounds. However on some Polish models in the early 1970s (and later Vietnamese), the cupola was topped by a heavy duty ring for a DShK-M 12.7mm heavy machine gun with 600 rounds. NATO denomination was ASU-85 M1974. Soviet designation was SU-85M or ASU-85M. 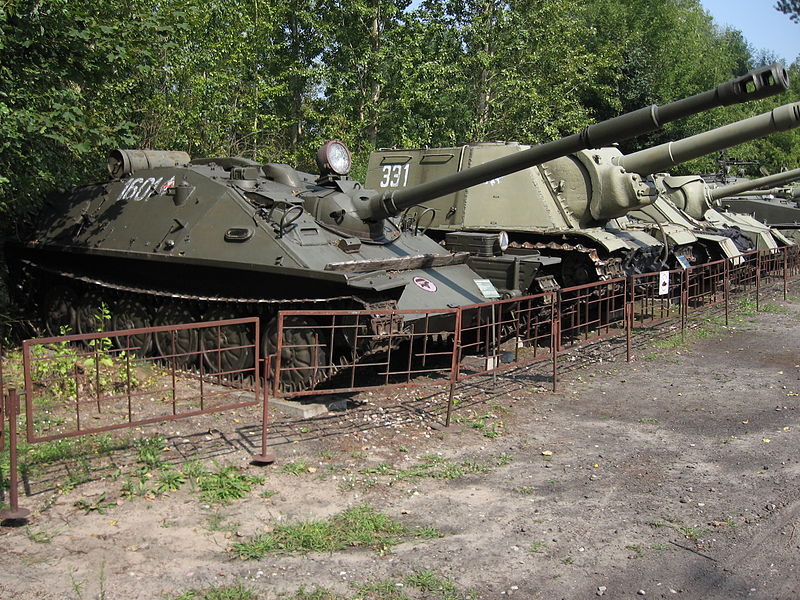 Gun and coaxial MG were served by the TShK-2-79 sight. The TPN1-79-11 night sight was also used in combination with the L-2 IR searchlight. Indirect fire used the S-71-79 and PG-1 sights. The commander was provided with the TNPK-20 (day) and TKN-1T (night) sights. As for equipments, the ASU-85 R-113 radio and an R-120 intercom system. Other optional equipments included the smoke generators BDSh-5.

The ASU-85 in service

The ASU-85 was fated to serve mostly with the VDV. Each Airborne Division had one assault gun battalion with 31 ASU-85. Its primary role was light infantry support or assault, with anti-tank capabilities. Polish 6th Pomeranian Airborne Division (Polish: 6 Pomorska Dywizja Powietrzno-Desantowa) had an equal number. Deployment became even possible with Mi-6 and Mi-10 helicopters. It can be also paradroppped from any carrier, with high-capacity multi-chute, retro-rocket systems. First observed by NATO in 1962, and was widely used by Soviet and Polish airborne units, the former even still used it Soviet-Afghan War in combat. 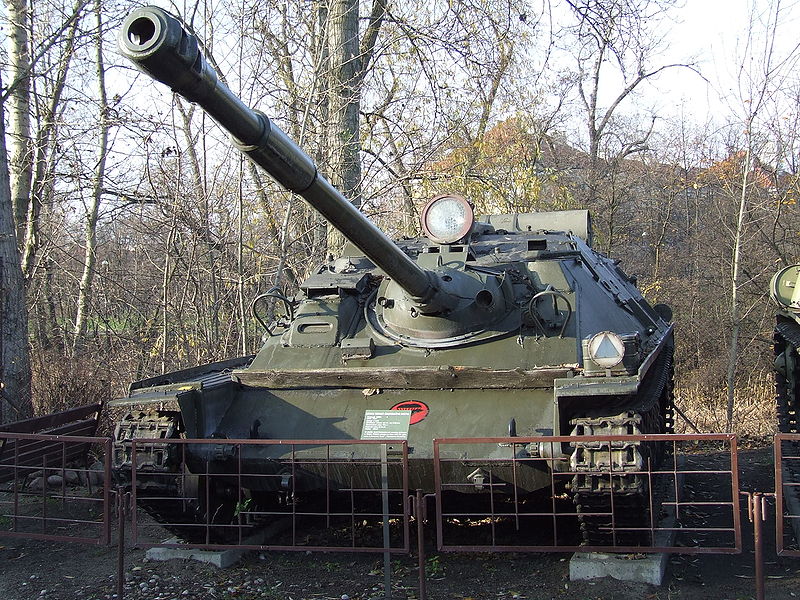 Poland: Ludowe Wojsko Polskie received 31 ASU-85s in 1966, assigned to the 35th Self-propelled Artillery Squadron (35. Dywizjon Artylerii Samobieżnej). This unit was attached to the 6th Pomeranian Airborne Division based in Kraków. All withdrawn in 1976 without replacement. Vietnam: According to SIPRI (Stockholm International Peace Research Institute), Vietnam received 25 second-hand ASU-57 from Russia in 1970 and it is believed ASU-85M were supplied as well. Vietnam received in april 2016 upgrade packages prepared by Belarus Company Minotor for its ASU-85s. This included a more powerful powerpack (road speed increased to 60 km/h (37 mph), cruising range 450 km (280 mi).

ASU-85 on wikipedia Armyrecoignition article about the upgraded Vietnamese packages 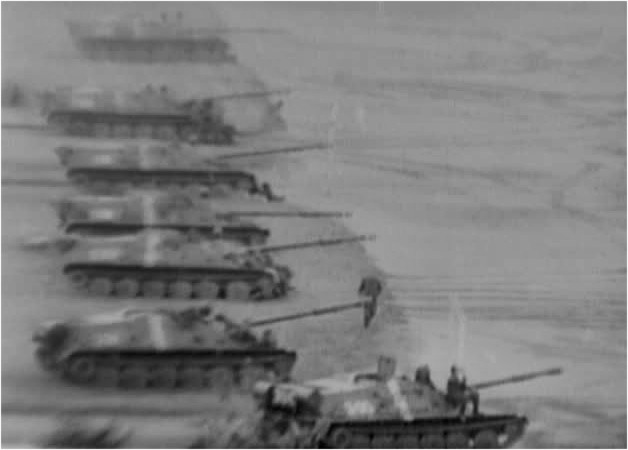 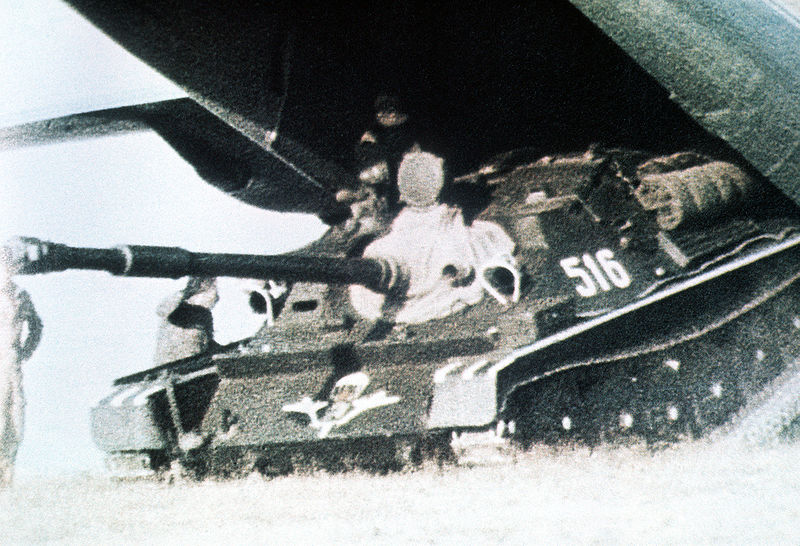 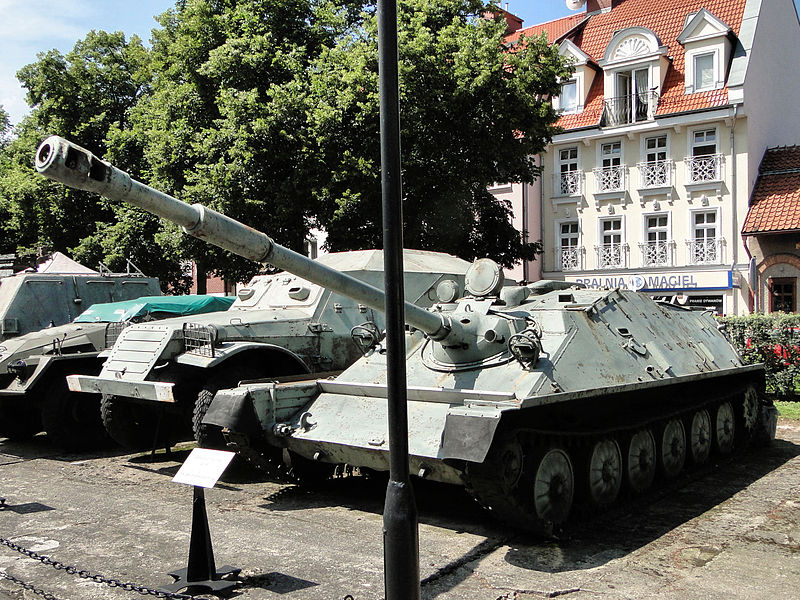 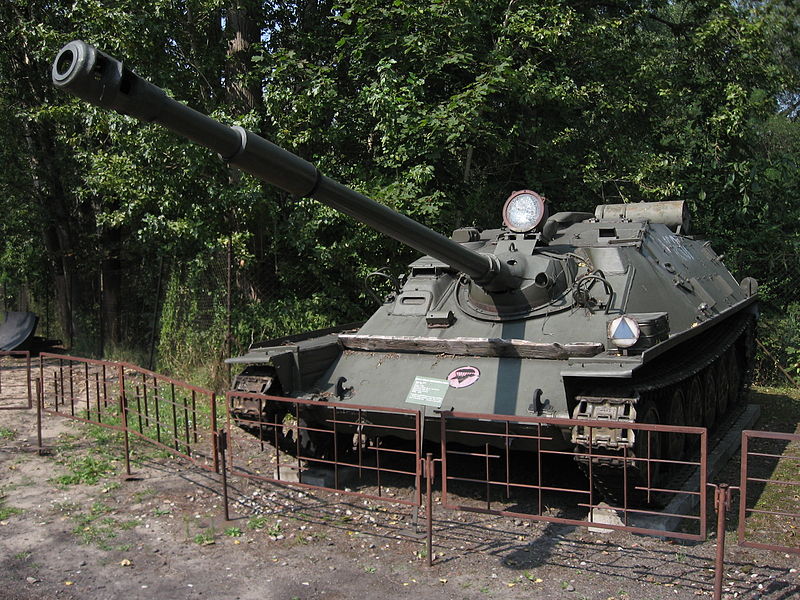