These are the: American T8E1 Stuart Recce, German SD.KFZ 234/2 aka Puma, and the Russian BA-11. This gives the veteran recon players with even better-protected vehicles than the former with little drawbacks to speak of.

Disclaimer: H&G developers release little info about new vehicles (Armor Layout, Gun Damage, etc). The info on this article is a mix of developer info and real-life stats, so some info might be off to best match what will be in-game. Thank you for reading and your cooperation. 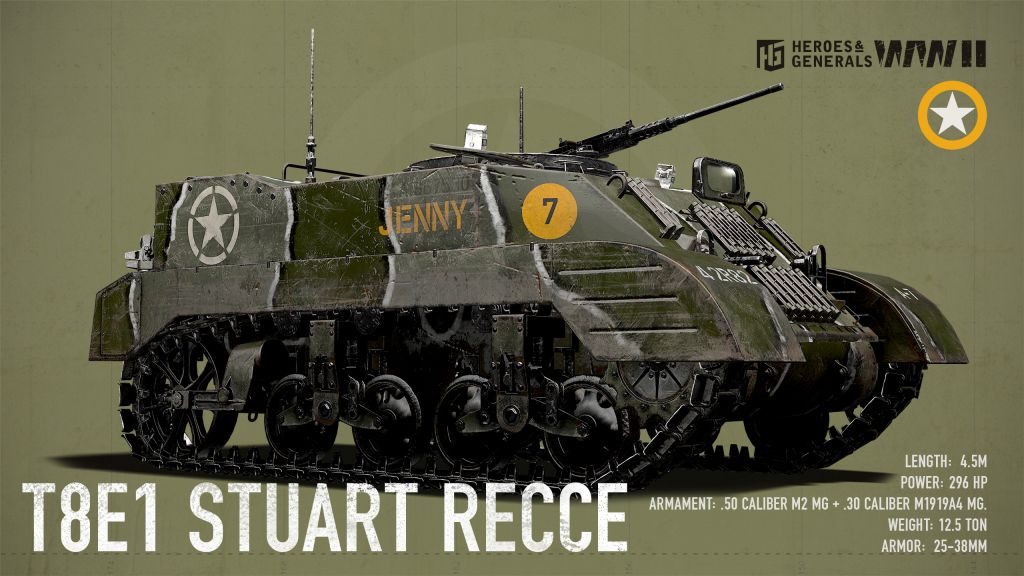 Roof: 13 mm (Except where the turret used to be)

The American faction gains the T8E1 Stuart Reece tracked reconnaissance vehicle, unlocked at level 10 of the chauffeur ribbon. It possesses two MGs: one .50 cal and one .30 cal. This is best to deal with pesky infantry to weakly armored vehicles! The turret ring for the .50 cal allows for a full 360-degree rotation, while the .30 cal is used from inside the hull. The armor and health are similar to the M5 Stuart tank since it is the same hull. Its tracks allow for good traverse over most terrain. But its drawback is the hole where the turret used to be. Where the turret of the Stuart is gone, it is replaced with the .50 Cal with a turret ring. The gunner of the .50 cal is fully exposed to enemy fire with barely any cover and no gun shield whatsoever. To have this vehicle operate at full capacity you would need: one driver, one .30 cal gunner, one .50 cal gunner. 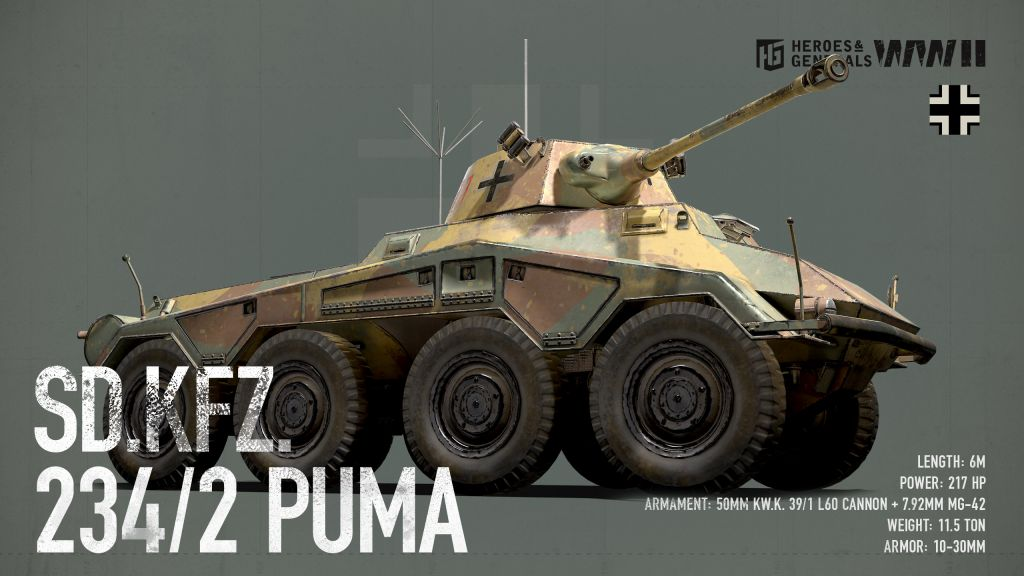 The German faction boasts the iconic Puma armored car, unlocked at level 12 of the chauffeur ribbon. The only weapons it possesses, located in the turret, is the 50mm KWK 39 L/60 Cannon with a coaxial Mg-42, to deal with both infantry and armored vehicles. The Puma trades armor for speed. Since its an armored car, it lessens the amount of health the puma has and also affects its speed on different terrain. Its wheels allow faster speeds on roads, but slower on dirt and mud. Both gunner and driver are moderately protected from small arms fire and MG fire, but not big caliber rounds. The front armored plates go up to 30 MM, while the sides and rear only go to 10MM. This means that if a machine gun has enough penetrating power, it could damage the Puma’s health! This is the downside of the Puma and why it should primarily be used as a hit and run vehicle. If you keep on the move it is harder to destroy you! To have this vehicle operate at full capacity you would need at least: One driver and one gunner. 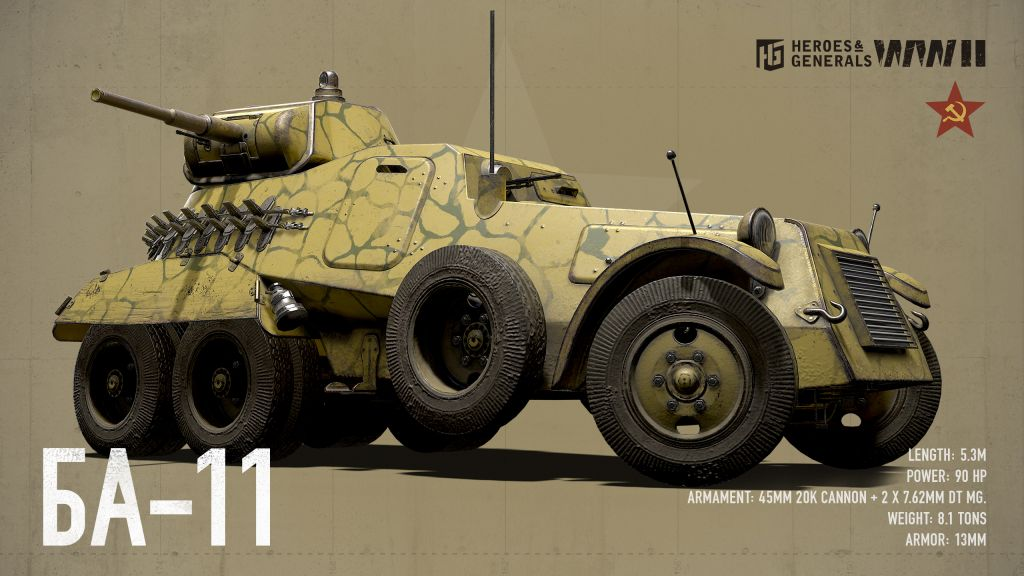 The Soviet Union gains the BA-11 infantry fighting vehicle, unlocked at level 12 of the chauffeur ribbon. It possesses the 45 mm K20 Cannon and two 7.62 mm DT Machine Guns. The 45 mm K20 is the same exact cannon on both Soviet light tanks and the BA-6 IFV, those stats apply to the BA-11 too. The turret gunner also has a coaxial mg to deal with infantry as well, while the front MG gunner can cover the front of the IFV. The BA-11 might have a similar health count to the BA-6 since both are armored cars. Their wheels make them fastest on roads than on rougher terrain. The BA-11 is fully enclosed, protecting the crew from small arms fire, except for vision ports. They are weak against anti-tank weapons and big caliber munitions. To have this vehicle operate at full capacity you would need: One Driver, One 45 mm K20 Cannon Gunner, and one 7.62mm MG Gunners.

The best armored and survivability goes to the T8E1. It could take more shots than the other two, but still needs to actively avoid enemy armor. The best-protected crew members go only to the driver and .30 cal gunner, with the only exception of the vision ports. This is best primarily to hold against enemy pushes and assist infantry.

The best mobility goes to the Puma; its strong horsepower engine allows for good speed even when on rough terrain. The Puma can handle most situations since it has good speed, a main cannon, and machine gun, to allow to engage all types of ground forces. Its only downfall is its low armor and health

The BA-11 is the jack of all trades. Mediocre armor health and protection, speeds between the T8E1 and Puma, and decent firepower. These kinds of traits pair best for an infantry support role. Having two gunners allow for more awareness of enemy troops and the fully enclosed cabin allows for better protection for all crew members from small arms fire. It's still best to keep a distance since you don't have the best engine to run away and chances of anti-tank weapon wielding infantry.