The PLZ-05 was designed and manufactured by the China North Industries Group Corporation (CNGC), better known as Norinco. According to most reports, its development started in the mid-1990s, as a further development of the PLZ-45, an export version which already saw combat. The first prototype was completed in 2003 and it seems to have been accepted into service in 2005, at least according to its official denomination. It was also revealed during the 2005 Beijing International Aviation Exhibition. However, this model only entered service with the PLA around 2007.

Design of the PZL-05

In general configuration, the PZL-05 resembles the usual self-propelled turreted howitzers deployed by Western countries and Russia nowadays. The turret takes up more than 60% of the hull's length. It is placed at the rear of the vehicle and can traverse 360°. The crew is provided with night and day vision systems. The driver is located in the front-left part of the hull, with the engine compartment on his right. The rest of the crew is located in the turret. The crew consists of a commander, a gunner and a loader. The turret features blow-out panels and a rear door for supplying ammunition. It is also probable that the gun can be fired remotely, with the crew out of the vehicle. This self-propelled howitzer is intended to "shoot and scoot", quickly changing positions in order to avoid counter-battery fire. 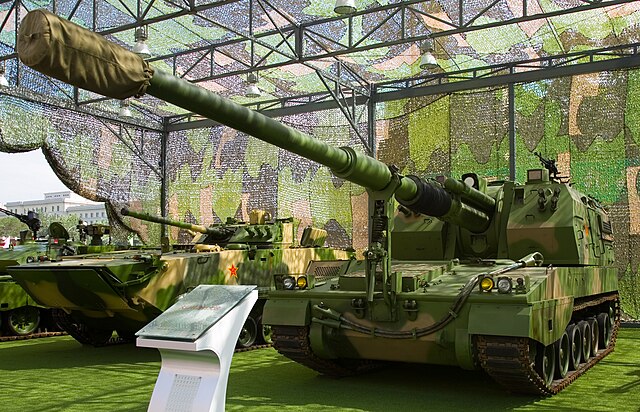 A PLZ-05 at an exposition in Beijing - Source: Wikipedia
The hull consists of rolled homogeneous plate armor (RHA) made of high hardness armor steel. The protection is estimated to be sufficient against small arms and shell splinters and possibly against heavy MG (12.7 mm/0.5 in) rounds on the frontal arc. This is a rear-line artillery support vehicle. It is not meant to be on the front line in direct combat with other armored fighting vehicles. For active protection, the vehicle has two banks of four electrically fired smoke dischargers on each side. These are capable of launching a smoke screen or perhaps compatible anti-personal fragmentation projectiles. The crew is also protected by an anti-nuclear biological and chemical (NBC) package to enable it to operate in contaminated environments. The interior is sealed and the air kept at a higher pressure than the outside using various different filtering systems. The NBC that may be optional for the export versions as this makes producing the vehicle much more expensive. There is also an automatic fire suppression system in the turret and engine compartment.

The PLZ-05 powerpack consists of a diesel engine mounted at the front of the vehicle. The drivetrain comprises six doubled rubber-tired road wheels, two track support rollers on each side, drive sprockets at the front and idlers at the rear. The suspension is of the torsion bar type. Additionally, shock absorption units are added to the first and last roadwheel pairs on each side. The engine delivers 800 hp, providing the vehicle with a top speed of 65 km/h (40 mph) on the road and a 550 km (340 miles) operational range. There are significant differences to the PLZ-52 export model to keep the cost low.

The main armament of the PLZ-05 is a 155 mm (6.1 in) howitzer fitted with a muzzle brake. It has a barrel length between 52 and 54 calibers. It fires the WS-35 shell, a 40 lb (18 kg) guided munition provided with a maximal range reported to be 100 km (62 miles). It is guided by the Beidou Navigation Satellite System (the Chinese GPS) plus inertial guidance, allowing an accuracy of 40 m (130 ft). It is not known if the vehicle has a semi-automatic loader or its details compared to Western artillery SPGs. Secondary armament comprises a defensive multipurpose 12.7 mm (0.5 in) machine gun mounted on the turret roof.

The PLZ-05 in service

The PLZ-05 started arriving in active units in 2007 and began to replace the aging Type 83 152 mm (5.98 in) artillery self-propelled gun. It was deployed at division level to provide long-range accurate firepower. The vehicle has not been used in combat. Another export version, the PLZ-52, is also mentioned as a variant, with a more powerful engine. 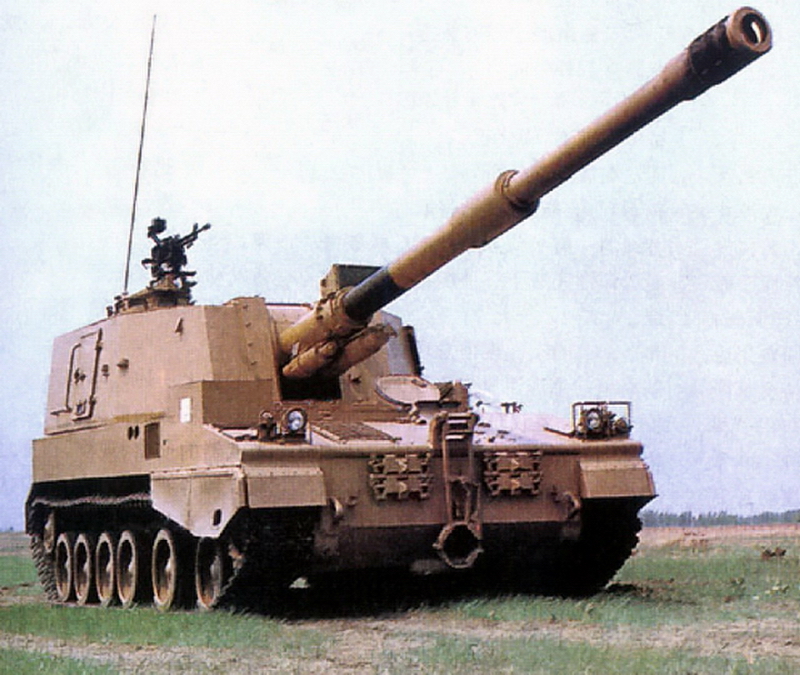 The earlier export version, the PLZ-45 was sold to Kuwait, Saudi Arabia, Algeria and is also used by the PLA - Source: Wikipedia 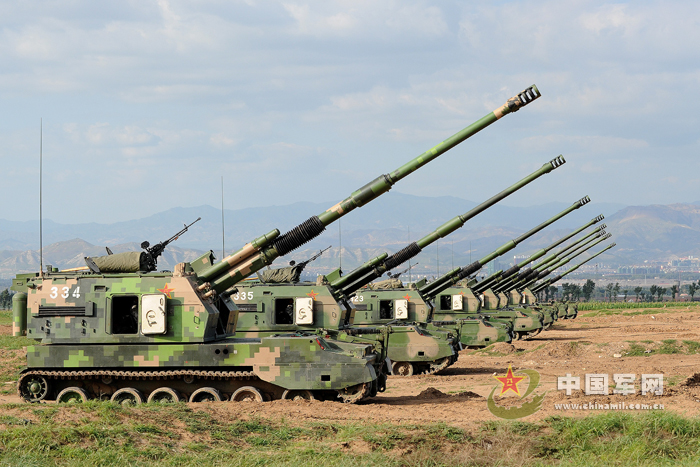 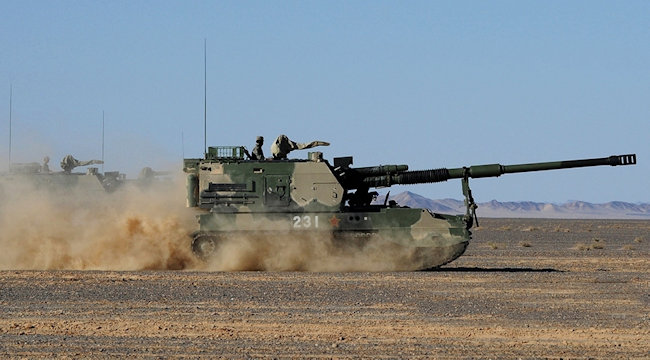 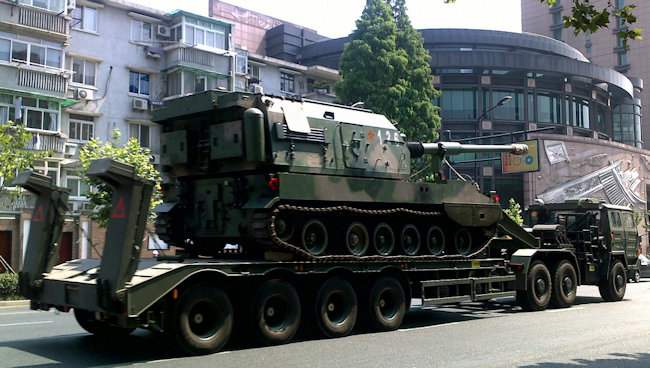