The Russian Army modernized its airborne force in the 1990s and 2000s, but seemed to be a bit withdrawn compared to the Chinese PLA's own take on dedicated armored warfare, notably amphibious, and Russia had no dedicated tank-hunter but missile armed only. The Chinese, short on modern tanks revealed however in the 1980s a tank hunter using the latest of their gun technology, whereas the main battle tank and its turret were still in development: The Type 89 tank destroyer. In 2000, the Volgograd Tractor plant revealed it has worked on armmy specifications for a similar light tank destroyer with amphibious capabilities in answer to a request for airborne antitank support. Since its reveal, the vehicle entered service in 2005 for evaluation with the VDV but only 24 served since 2009 with airborne troops, further orders being cancelled, and announcement that its successor was to be based on the new BMD-4 chassis.

The 2S25 Sprut is one of these vehicle which development wa cut short by the fall of the USSR in 1990. Its development indeed was going back to 1984, with requirements dating back to 1983 for a tank-hunter capable of operating with airborne troops in complement of the IFVs and APCs already in service. The new BMD-3 (1990) in development was indeed heavily armed, with a relatively low velocity 100 mm smothbore guns, at the time believed to be unable to get through the armor of a M1A1 Abrams tank or British Chieftain.

Development started at the Volgograd tractor plant in 1984, with several proposals base don existing chassis. At the time, the plant was specialized in airborne vehicles, having delivered already the BMD-1, BMD-2 and working on the BMD-3 as well as several variants. Just before the fall of USSR, it came with the idea of modifying the large BMD-3 chassis as a base to carry a larger turret and gun. In the early 1990s, this came out as a self-propelled tank destroyer (hence the artillery designation), based on a modified prototype light tank called Object 934.

Using the same chassis ensured compatiility and ease of maintenance withing the Russian Air Assault Divisions. The chassis was completely modified and revised again, becoming "Object 952". The turret was developed independently at the Yekaterinburg artillery plant N°9. However between the fall of USSR and constant upgrades on new guns, notably for the T-90, development work ultimately only ended with a pre-production prototype at the Volgograd tractor plant in mid-2001, when it was publicly revealed work has been done on the 2S25 for seven years by this point (so since 1994).

Recent data shows production of the BMD-4 was transferred to the Kurgan Machine Construction Plant, already producting the BMP-3 and its variants for export, freeing Volgograd to concentrate on the 2S25. Production of the new self-propelled anti-tank gun was carried out for a few years only, with around 30 vehicles delivered total. First army trials took place on May 8, 2001 at the "Prudboy" tank firing range (North Caucasian military district). It was presented also to ministrie, heads of staff and foreign military and diplomatic staff coming from 14 countries in the hope to sell it. The 2S25 was targeting Southeast Asia, the Middle East, Africa and South America, but so far none was sold abroad.

It should be added that having a tank-armed airborne support vehicle has the benefit of versatility, but reaching the maximal size and weight for an airborne vehicle to be deployed. It appeared modified missile tank-hunter variants of existing BMD-2 and BMD-3 as well as the BTR-D are more practical overall in a pure antitank support role. It's only confirms that gun-armed tank hunters are a technological dead end, still not offering the same protection advantage as an MBT, but for a size, weight and cost well above the regular airdropped IFV. In a broad sense however, Russia has as of today still no "light tank", but China had two types (now just one as the Type 62 was recently retired), the Type 15, which features a smaller gun but better rounded capabilities and already reaching export orders. 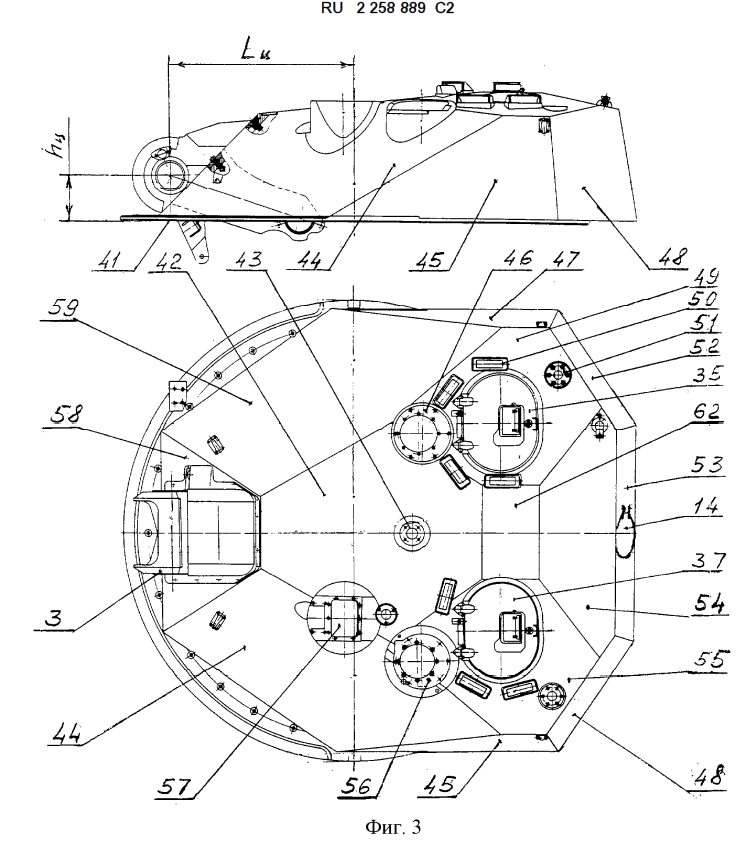 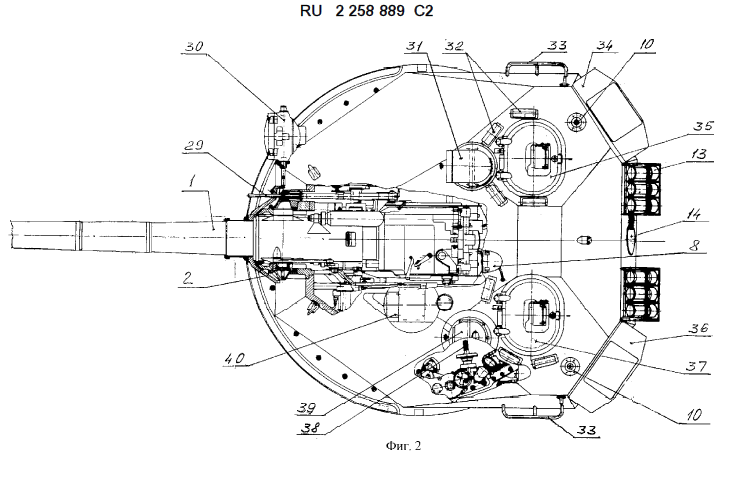 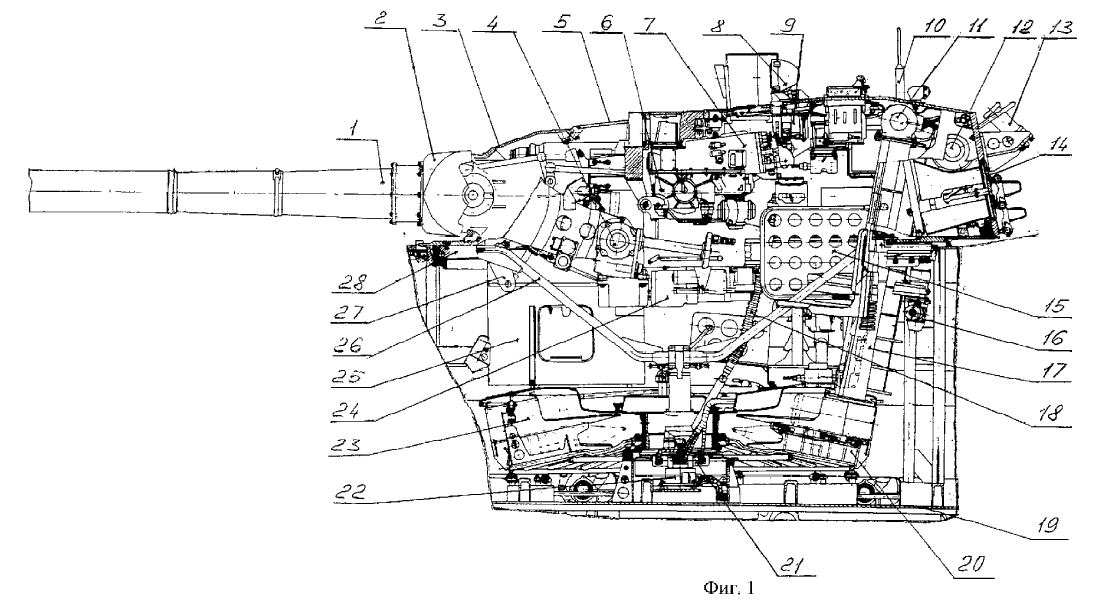 The Russian Army apparently placed an initial contract for fifteen 2S25 SPATG in three batches of five each, in 2005. A second batch of 45 was also placed later, with a final order estimated around 110 units to fill the needs of the VDV. However, since the, the Airbone corps only conceded the use of four batteries of si vehicles, so 24 vehicles in service as of 2009, short of the total. Indeed in 2010, cancellation of further procurement was announced officially. Another information to take a pince of salt, was the alleged termination of the production due to a fire after fuel leakage, just after a military parade on the Red Square. This cancellation was denied by VDV commander Vladimir Shamarov in an interview with RIA Novosti military, and it was announced serial production started in effect in 2018.

However it is clear that due to her age, it's not certain if further orders will ever be filled, whereas a replacement was announced already, and there was no external financing through export to motivate further work on it, like an hypothetic 2S25M. Production figures would so remain ellusive, with 24 vehicles for certain and the rest possibly used for testings and demonstrations, so filling the initial order, unless the order was cut short before completion. Just two years were probably sufficient to deliver the first batch of 30.

Design of the 2S25 Sprut-SD

The 2S25 uses the BMD-3 Infantry fighting vehicle chassis, produced at the Volgograd tractor factory in service with the Russian airborne troops (VDV) and well integrated in the maintenance and training chain. The major difference is of course the main armament, using a large turret, as well as the fire control system associated, requiring a reinforced structure and larger turret. The other major difference was that the chassis was stretched out to bear the load of the turret, with the addition of two extra roadwheels on each side, making a total of seven. The hull is made with all-welded aluminium armour with a composite skin.

The crew was located at the front of the chassis, with only the driver seated in the chassis, while the commander and gunners takes place in the turret, filled with ready rounds of ammunition, in the middle of the vehicle. The engine-transmission compartment was located at the rear (see mobility). The driver was given the same hatch and sights as on the regular BMD-3, with the central one swappable for a night sight, similar commands and dahsboard instrumentation. The commander and gunner both are given hatches on the turret roof, side by side at the rear end of the turret, which was elongated forward. In stowed position, the commander sits to the right of the driver, the gunner to the left. They are both provided with a rotatable covered sight with day and night channels.

The 2S25 like most self-propelled artillery and airborne vehicle did not have a significant protection other than one able to protect the crew from small arms fire, with the angular nose and turret faces adding extra artificial thickness. This protect the frontal arc against 12.7 mm rounds as first estimated. All-round protection is only proof against small-arms fire and artillery shell splinters. Figures diverges however, as armyrecognition.com states the fronttal arc over 40° is protected against 75 mm (3 inches) HE rounds, and 30 mm autocannon elsewhere, wikipedia states 23 mm autocannons at 500 m (550 yd) for the frontal arc, which is more likely.

Nevertheless, some vehicles has been tested with add-on armor, side ERA blocks, as well as various active countermeasures system. Both the crew and engine compartments are equipped with an automatic fire extinguishing system. Standard equipment also includes a new electronic NBC protection system in case of nuclear fallout. The vehicle is provided with rear-turret smoke dischargers for concealment, but not laser warning system. Additional smoke dischargers, twi banks of three were also seen on the front faces of the turret on some vehicles.

With a total weight of 18 tonnes comparable to infantry fighting vehicles, the 2S25 is capable of great speed and agility. Like the BMD-3, the wheetrain features hydropneumatic suspension, with a variable height clearance of 190–590 mm setup in just 6–7 seconds. It is used both to reduce visibility when on the ground, and be lowered ion a palette in case of airdrop. The Hydropneumatic suspension provides also smoothness on all terrain, driving fast, and also dampening recoil from the main heavy gun. The standard tracks (same as the BMD-3 as most of the wheeltrain, narrow models) rolled under seven single standard stamped roadwheels, and returned over four support rollers. Due to the engine position and compact transmission, the wheel drive sprokects are at the rear, with front-mounted steering idlers. Hhydraulic track adjusters are also added for fine setup on all terrains.

Not only it was designed as airborne, but as much light tanks on the Soviet inventory, it was also made ambihbious without preparations, with enough buoyancy to float, swimming, propelled by two water jets which allowed it to reach 8–10 km/h, depending on currents. It was not however tailored to be released at sea above a sea state of up to 3. To increase buoyancy, roadwheels tyres were given airtight chambers. The hull also counts powerful bilge pumps extracting water from the lower chassis and a folded nose screen is raised before swimming. While waterborne, the gun remains fully operational with the stright turret, keeping a ±35° sector traverse on the frontal arc. Multiple paradroppings has been done, generally with the Ll-3 as main carrier.

The Raison d'être of the 2S25 self propelled gun is of course its two-man turret housing a 125 mm anti-tank gun. The latter is fitted with an autoloader so to only keep a gunner in the turret. This system also ensures 6−8 rounds per minute rate of fire, whatever the round type: The smoothbore 2A75 tank gun is essentially an adaptation of the standard T-72 2A46 tank gun. The main advantage of its caliber is full compatibility to a very large choice of rounds shared with the T-72 and T-90 main battle tanks, between conventional projectiles and guided missiles.

The 2A75 tank gun is completely stabilized in the vertical and horizontal planes. The rounds used the same 125 mm separate case ammunition as the 2A46. The fire control system is provided with full stabilization in elevation and azimuth, and is coupled with a laser rangefinder, and ballistic computer, fed by sensors, and modifiying target data on the fly. The commander's sight is als provided two-plane stabilization, and is aligned with the laser sight for aiming onto the laser rangefinder. He can double a gunner in case the latter is impaired.

The 2A45 has a specially design mount for this turret, providing an elevation and depression or +15° and −5° respectively, and +17° and −3° when aimed at the vehicles's rear. Due to the lighter chassis, designers have to scrap the regular recoild system and create a brand new one for this tank. It went along also a new ejector, and new thermal insulation jacket lacking a muzzle brake.

The 2A75 is provided with a normal load of 40 rounds, including 22 ready rounds in the autoloader. The list includes the following: Due to the large size of the gun, and despite the turret's shape, the horizontal autoloader mounted behind the turret overhangs significantly over the rengine deck. In case it is damaged, there is a manual loading backup for the gunner. The only other armament onboard, outside personal firearms, is a coaxial 7.62 mm PKT machine gun, mounted to the left side as the secondary armament (manned by the commander), and fed with a 2,000 rounds tape, including tracers. There is no additional roof machine gun.

In demonstration at Armiya 2016

Active camouflaged vehicle of the VVS 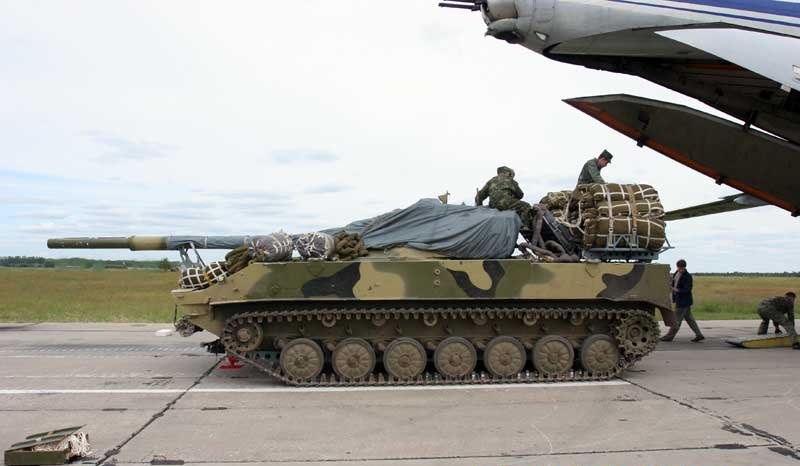