After the fall of the Soviet Union in the early 90’s, Ukraine was left with thousands of T-80 tank platforms in the city of Kharkov. This gave them the ability to produce hundreds of modernized main battle tanks, but also left them with hulks of tanks that relied on equipment from the Russian Federation. Ukrainian tank designer KMDB sought to solve this problem by creating a new, all-Ukrainian vehicle derived from the T-80 design. Thankfully for them, the Soviet T-80UD could act as a gap between the original T-80U and the new Ukrainian design, designated the T-84.

The idea behind producing diesel powered T-80’s was nothing new, and the Object 478 was the original vehicle to try doing this, all the way back in the late 1970’s. It was based on the Object 219, but equipped with an all-new 6TD-1 1000 hp diesel engine, and in every other way was identical to the regular T-80 variants.

As a further development of the Object 478, the 478B used the improved chassis and turret of the T-80U in combination with the 6TD-1 engine. It was this model that went into mass-production, and it was designated the ‘T-80UD’, which showed it was a diesel modification of the T-80U. In the late-90’s, it was given a welded turret for export to Pakistan. 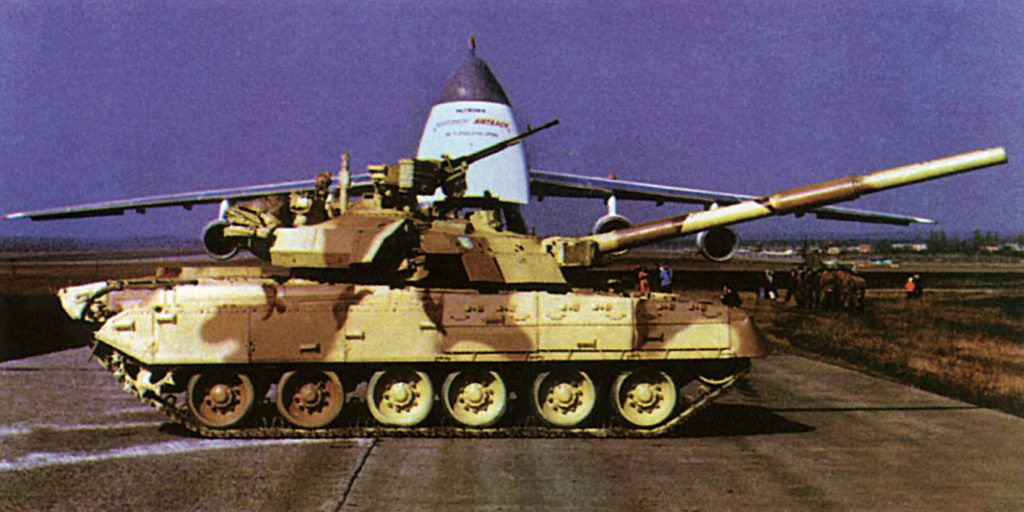 The Object-478DU2 name is given to early, mid-90's T-84 units that began to adopt indigenous manufactured components (such as the KB series of 125 mm smoothbore cannons). One of these vehicles was the first to be shown off publicly -at the IDEX-95 Arms Expedition. 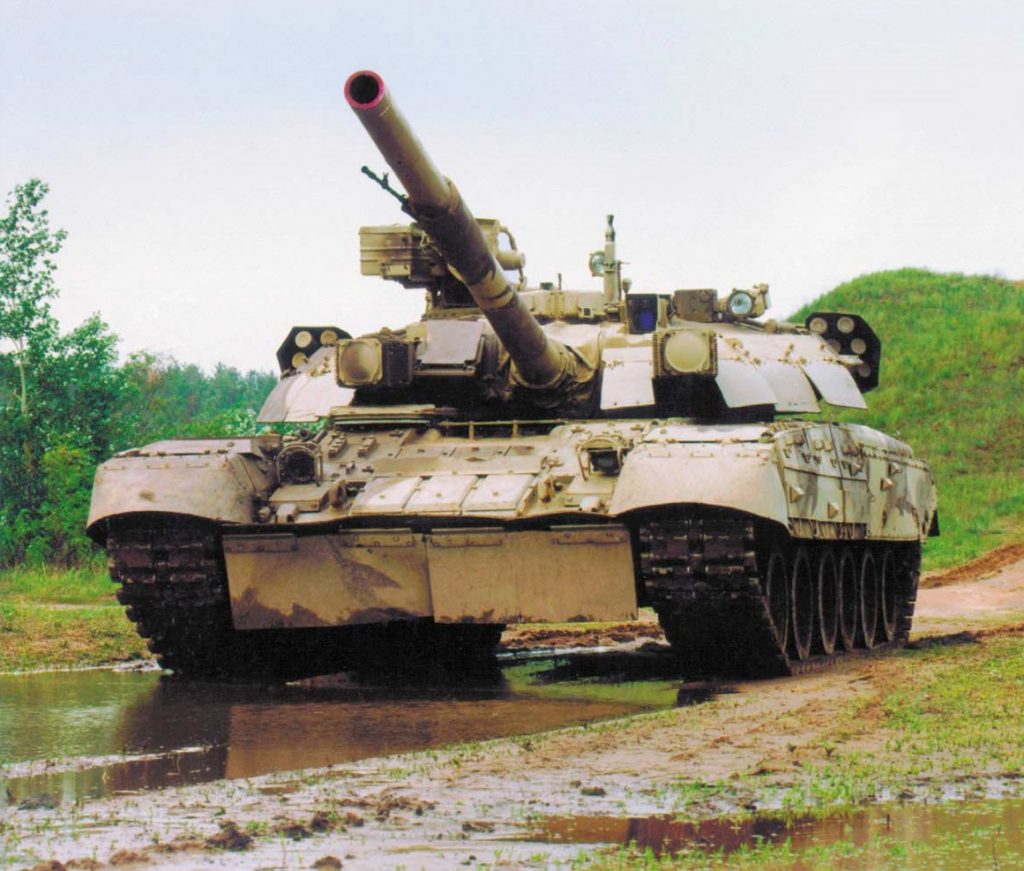 Evolving from its' former model, the Object-478DU4 received an upgraded transmission permitting speeds in excess of 70 kph forwards and 30 kph rearwards -three total reverse gears allowed for the latter feat. 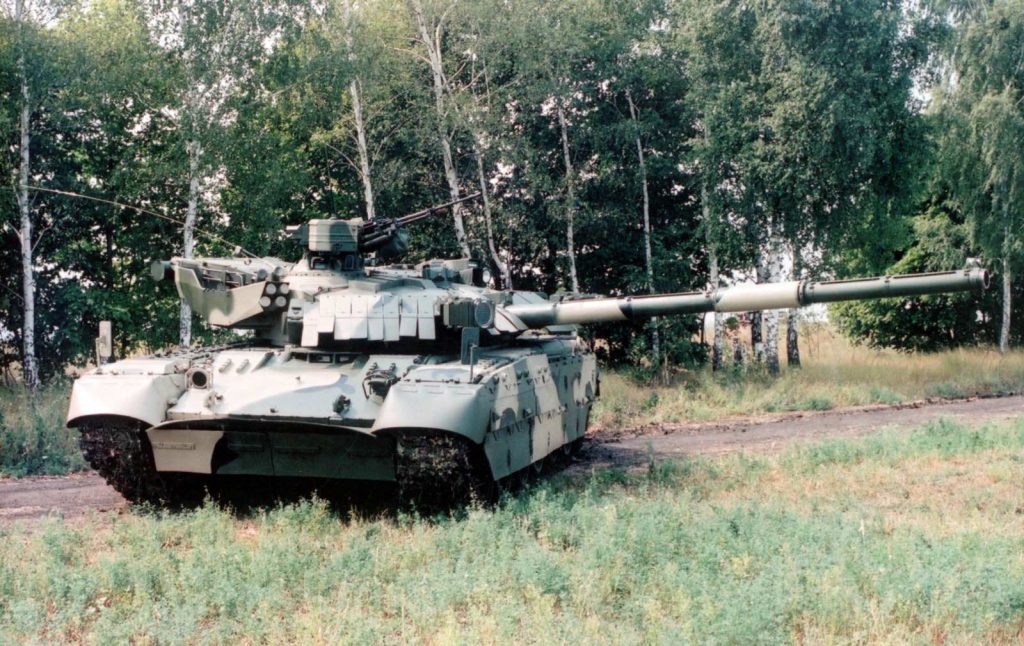 Compared to its' predecessors, the DU5 variant featured the most substantial upgrades overall. The manual transmission was replaced by an automatic Suat unit, ammunition storage was altered and isolated in the interest of crew safety, and an air conditioning system was added as well. This model went on to compete in Greece's 1998 tank trials.

In 1994, designer KMDB, and the Malyshev Factory, hit their mark with the T-84. It was a completely Ukrainian design, and gave their industry more freedom as a result. As a general improvement to the T-80UD it can be traced to, the T-84 included many upgrades, such as a new welded turret, 6TD-2 1200 hp engine, thermal imaging sight, auxiliary power unit, and a few additional upgrades to the fire control system. Excluding the upgrades, it also moved to many Ukrainian-made sights, sensors, and additional components.

Being a Ukrainian development of the Soviet-era T-80UD, the T-84 shares many design elements with older models. It retained the six-roadwheel layout, vertical propellant autoloading system, well sloped frontal glacis, and the low profile featured on every Soviet MBT. Other major design features include the welded turret, six-cylinder diesel engine, heavy usage of Kontakt-5 ERA, and a high power to weight ratio.

The T-84’s hull is 7.09 meters (23ft3) in length and 3.78 meters (12ft4) in width, as with the T-80 and T-80UD. It retains the high LOS thickness glacis plate from those two vehicles, and most importantly, it is home to the autoloading system and accompanying carousel.

The T-84 is unique because it is equipped with the all new welded turret, which was originally tested on a few of the Object 478 variants. It offers better protection on the both the front and side of the turret, along with adding modularity in its’ armor. With this new turret, the total height of the vehicle is a short 2.215 (7ft3) meters.

Much like the T-80U it can be traced back to, and other Soviet vehicles, the T-84 has a rather complex form of composite armor. The Glacis plate is >600 mm (1ft11) LOS thick, and uses a passive-sandwich of rubber, steel, and additional alloys to take incoming fire. This is somewhat different to the T-80U, which, like the T-72B, used polycarbonate plates in place of rubber. The ideology behind the armor is identical; use the rubber/polycarbonate to expand and contract the metal plates, therefore causing them to bulge, and induce stress upon the penetrating rod or jet. This passive armor (NxRA) should offer protection up to rounds in the same specification of the M829A1???, excluding external ERA. Less is known about the turret, though it is rumored to use a similar form of armor. Based on LOS thickness, it should be able to take rounds like the M829A1 in all areas of the turret itself, with the frontal cheeks offering further amounts of armor.

Unique to the T-84, it uses the 1200 hp 6TD-2 diesel engine. This engine is special in that it is actually multi-fuel, and hence can run on kerosene or jet fuel in addition to diesel. The transmission connected to it has 7 forward gears and 5 reverse gears, and together they allow the T-84 to hit 70 kph.

Like the T-80UD before it, the T-84 is equipped with the Ukrainian KBA-3 125 mm smoothbore, 48-caliber gun. It is roughly equivalent to the 2A46-M1, and can fire APFSDS, HE-FRAG, and HEAT shells, along with GLATGM’s. As with Russian equivalents, it can fire HE-FRAG shells out to 12 kilometers, GLATGM’s to 5 kilometers, and HEAT/APFSDS to 3 kilometers. There is a large variety of APFSDS ammunition the vehicle has access to, though the most numerous will naturally be the 3BM-42 ‘Mango’ and 3BM-32 ‘Vant’. Both rods are rated at ~450 mm of RHA penetration at the test distance of 2 kilometers.

Information on what HEAT rounds are in the Ukrainian inventory is not available, though 70’s and 80’s designs penetrating 500-750 mm of RHA are the most likely to be found. The GLATGM used is the laser-guided Kombat, which is similar in design to the 9M119 Refleks. It is effective out to 5 kilometers and can penetrate up to 950 mm of RHA. As a whole the vehicle can hold 40 rounds, with 28 stored in the carousel ready for use. Additionally, there is a 12.7 mm machine gun for the Tank Commander and co-axial 7.62 machine gun as well.

An article by Mike Ennamorato & David B

T-84 Oplot-M, only a few are reportedly in service with the Ukrainian Army