When the United States entered the First World War, they were already familiar with the tank concept following the initial British successes. However, they lacked any such vehicle and could not equip their newly formed units, despite the obvious industrial capacity for tank production. American companies did not take long before they joined the fray, and the first American tank prototype to be built was developed by Holt and General Electric. The main peculiarity of the vehicle was the fact that it used a gasoline engine connected to an electric generator, which then powered to electric motors connected to the drive wheels, not far from the Saint-Chamond or Porsche's Tiger. This arrangement also gave the name of the vehicle, the Holt gas-electric tank. The engine-generator tandem was prone to overheating, so a rather complex water cooling system was installed, with the radiator directly above the generator. A rear armored door could be opened to facilitate cooling, but this was impractical in battle. The whole arrangement was mounted at the rear of the vehicle.

While the chassis was based on the Holt 75 tractor, the original track system had proven unsuitable when used on the Saint-Chamond or Schneider CA. So a new suspension was devised, with 10 roadwheels and a return guide rail. The drive wheel was at the rear, while the idler was at the front. The front and middle portions of the tank were occupied by the armament and crew compartment. The main weapon of the vehicle was a 75 mm (2.95 in) Vickers mountain gun mounted in the nose of the vehicle. Two detachable Browning machine-guns were also fitted to the sides of the vehicle, in sponsoons. The crew would have probably consisted of 6 or 7 men. These included a driver, a commander, two gun servants and two machine-gunners, with the possibility of a mechanic also being present. Another uncommon feature was that there was a single way to enter the vehicle, through a door at the rear, followed by a small corridor which lead to the crew compartment. The vehicle had 6-10 mm (0.24-0.39 in) of armor, but the vehicle was very boxy in shape. Except for the front, which formed a beak, the sides and rear were perfectly flat.

Construction of the prototype started in 1917 and was completed the following year. However, during trials, the vehicle proved disappointing. The whole power pack and the required cooling added a lot of weight to the vehicle, which reached 25 tons, and this proved far too much for the feeble 90 hp Holt engine. Top speed on flat ground reached 10 km/h (6 mph), but even modest slopes proved too much of a hurdle for the Holt gas-electric tank. This deficiency made the tank unusable in the field and it was rejected. Any work on the project ceased thereafter.

David Wilma: In 1914, Holt demonstrated the continuous-track system for British officers. They traveled to a ranch belonging to general manager Gilmore near Linden, California where the tractor was used to build an earthen dam. The officers were impressed enough to purchase Holt tractors to tow artillery pieces in France. The traction system inspired the tank. The earthen dam formed a lake. As a kid in the 1950s I swam in that lake.

On Military Factory
On Landships 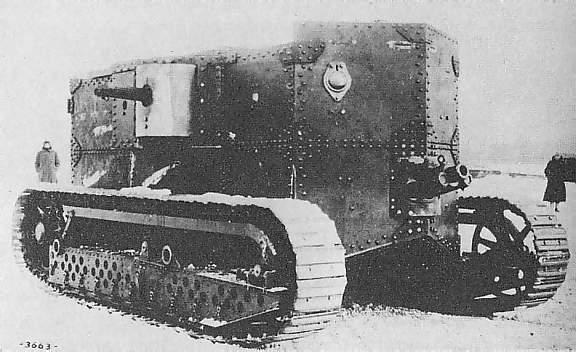 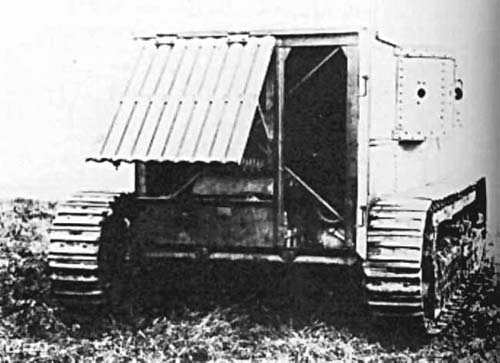 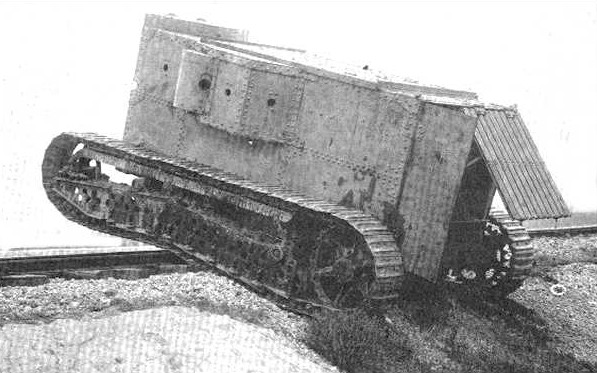 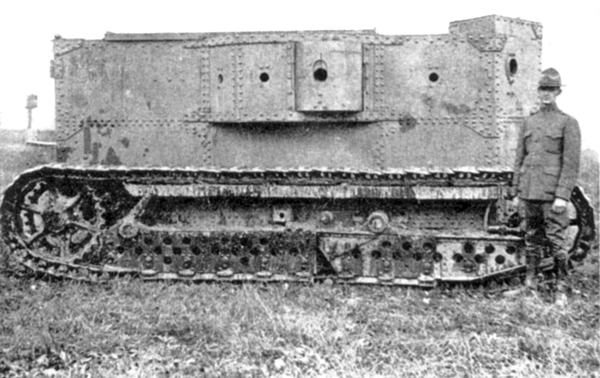