Starting life as the T7 Project, it was a tank designed as a replacement for the veteran Light Tanks, the M3 and M5 Stuart. The design requirements were as such; a tank with the maneuverability and speed of a light tank, but the firepower and armor of a medium tank. This tank would be designated as the M7. However, the project soon became a logistical and conceptual nightmare... 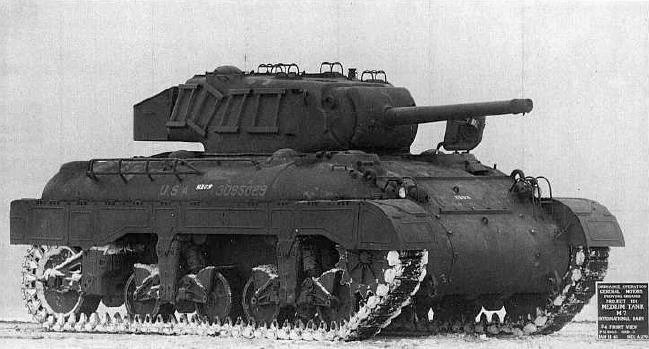 In January 1941, a list of design requirements for a new light tank was drafted. During the development of the T7, the tank's weight increased from 14 tons to almost 27 tons. As such, on August 6th, 1942, the tank project was re-classified as a Medium. The T7 went through 6 versions before the design was finally approved. 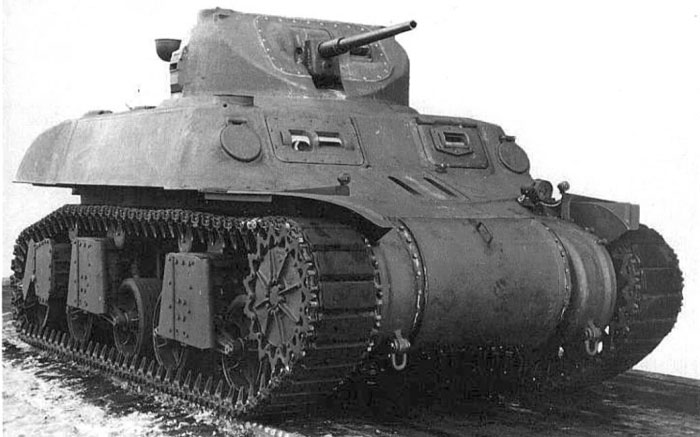 The first built prototype of the M7, the T7.

T7: Welded hull, five-speed hydramatic transmission, volute spring suspension based on the M3/M5's. The turret of this model bore similarities to the M3 Lee/Grant's, with the same 37 mm (1.46 in) M5/M6 gun.

T7E5: Almost identical to the T7E2, but rearmed with 75 mm (2.95 in) M3 gun. This was the main gun of the M3 Lee/Grant and M4 Sherman Medium tanks. After all these variants, it was the T7E5 that became the baseline of the M7 Medium tank. M7s produced thereafter would be produced to the standard of the T7E5. Despite its small size, five men would crew this vehicle. The commander, gunner and loader were placed in the turret, while the driver and co-driver/bow gunner were placed in the forward hull. The vehicle would be built by the International Harvester Company at the Bettendorf Works in Iowa.

Too Heavy for a Light, too Light for a Medium

The trial stages of the M7 were where the tank's biggest issues came to light. It was soon apparent that this vehicle far surpassed the required weight limit even further than originally thought, as fully loaded, the tank came to weigh in at 28 to 29 tons. It was soon found this problem was caused by a number of parts being cast thicker than specified. The M7 barely scraped into the Medium Tank weight class, however, weighing a base tonnage of just 27. The M4, for instance, weighed up to to 38 tons.

Further trials with the M7 soon showed it to be somewhat ineffectual. The tank had weaker armor than the M4 Sherman, at just 64 mm (2.52 in), compared to the Sherman's 75 mm (2.95 in). Also, it granted nothing in the way of greater anti-armor firepower and had only a partial advantage in speed and maneuverability. The M7 Medium Tank project was canceled due to these issues as soon as the trials had finished. The heads of the American Armored Forces instead opted to stick with their battle-hardened M4 Mediums and M5 Lights. Both of which would serve until the end of the war.

An article by Mark Nash 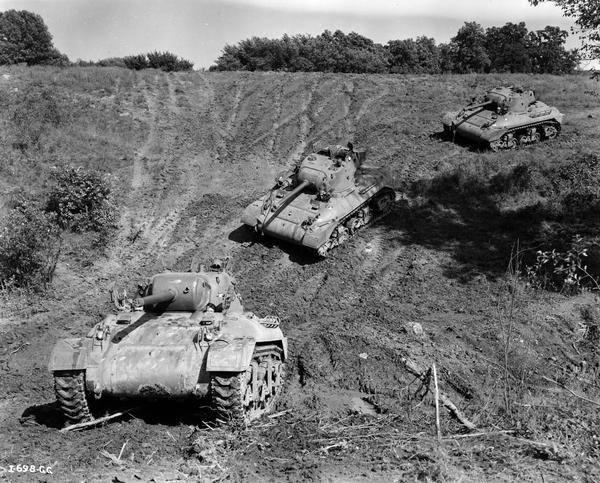 The "serial-production" version of the M7 - Illustrator: David Bocquelet

As already discussed, the M7 was canceled due to a number of reasons. Broadly speaking, it was simply unnecessary as many of the US's already serving vehicles were more than capable of seeing out the war. In the later stages of the war, however, a vehicle designed under the same pretenses came along and was much more of a success. This was the M24 Chaffee .

The M7 turrets would later be used on the T18 "Boarhound" Armored Car prototypes, specifically the T18E2 version. 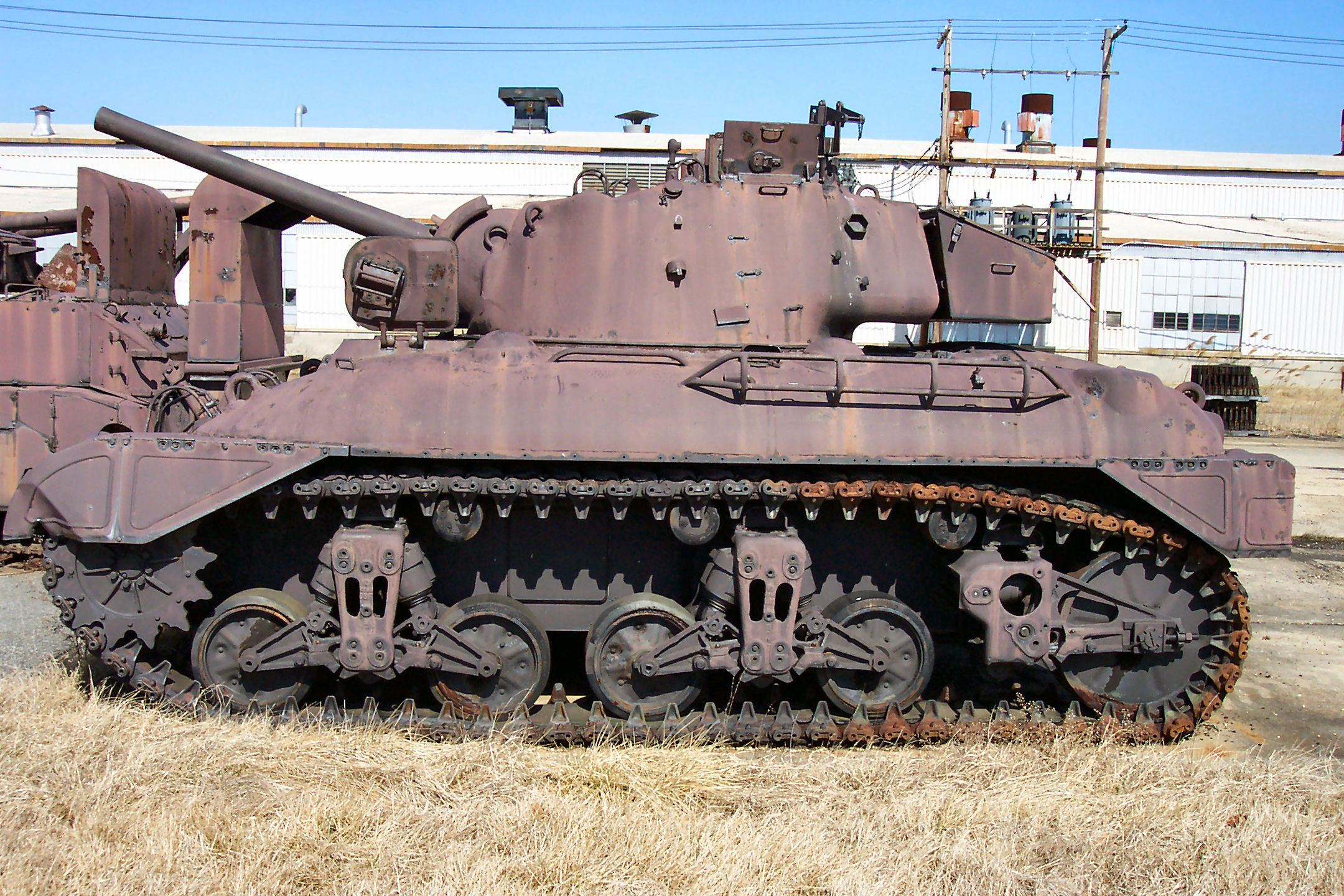 At least one M7 Medium Tank survives to this day. It is kept at the U.S. Army Center for Military History Storage Facility Anniston, Alabama. It was formally part of the collection at the Aberdeen Proving Ground Museum. It is listed in the collection as Tank, Light, Experimental, US Army, Steel, Olive Drab, M7, 75mm, US.

Officially only 7 M7 tanks were built during the whole production phase. However, 6 other tanks were upgraded from some of the previous prototype models. These models were T7E2s, their transmissions and power plants were upgraded, and their component castings improved to bring them up to M7 standard. The 6 modified T7E2s were compiled with the other 7 M7 tanks, which brought total production to 13 vehicles. What can't be explained, however, is the image below from the Wisconsin Historical Society: 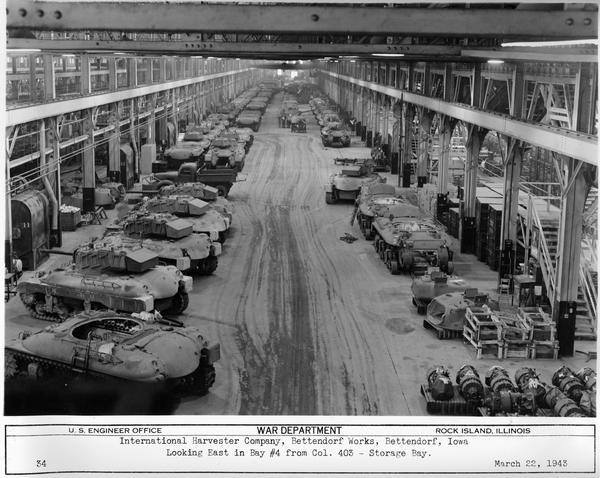 This image shows at least 40 M7s in various states of completion, with hulls and empty turrets scattered around. Currently, there is no official literature available, to us at least, to coincide with this photo. 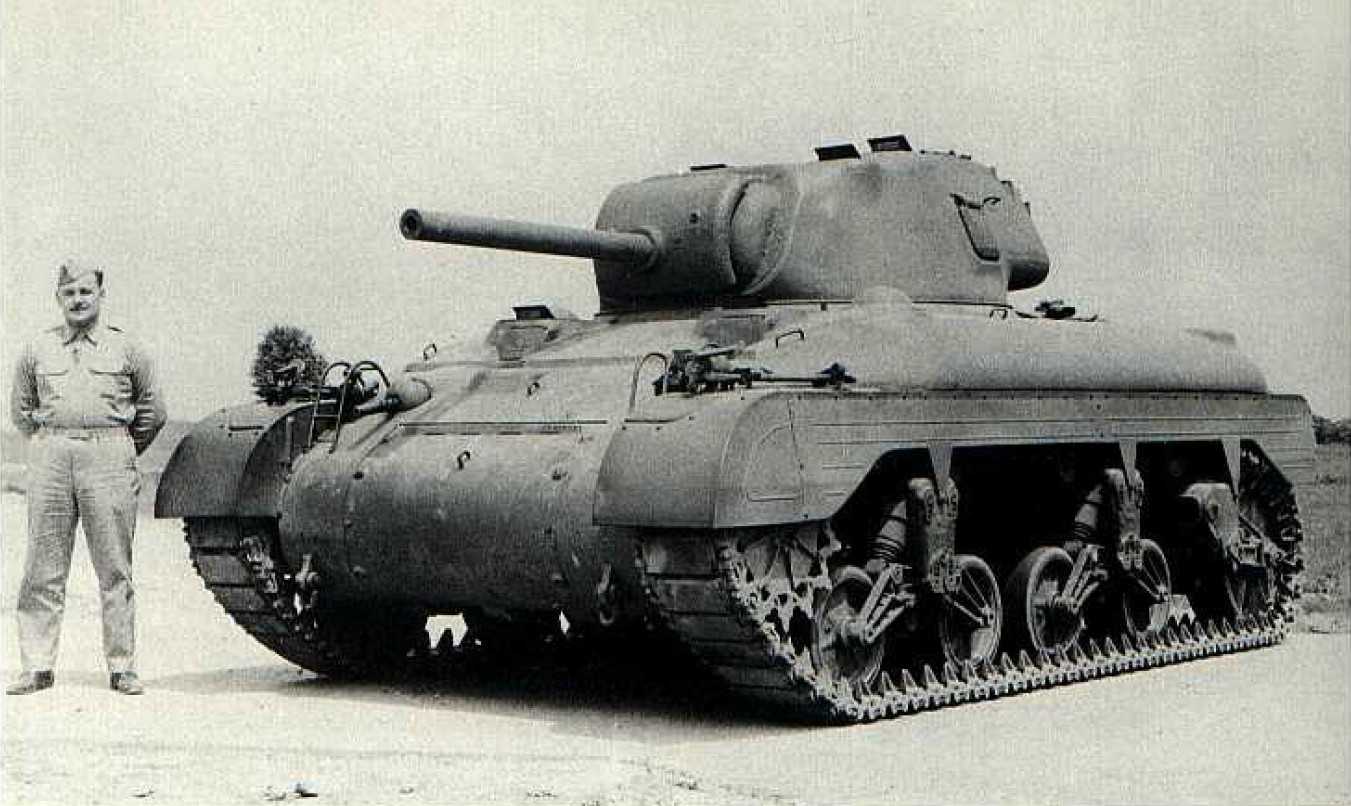 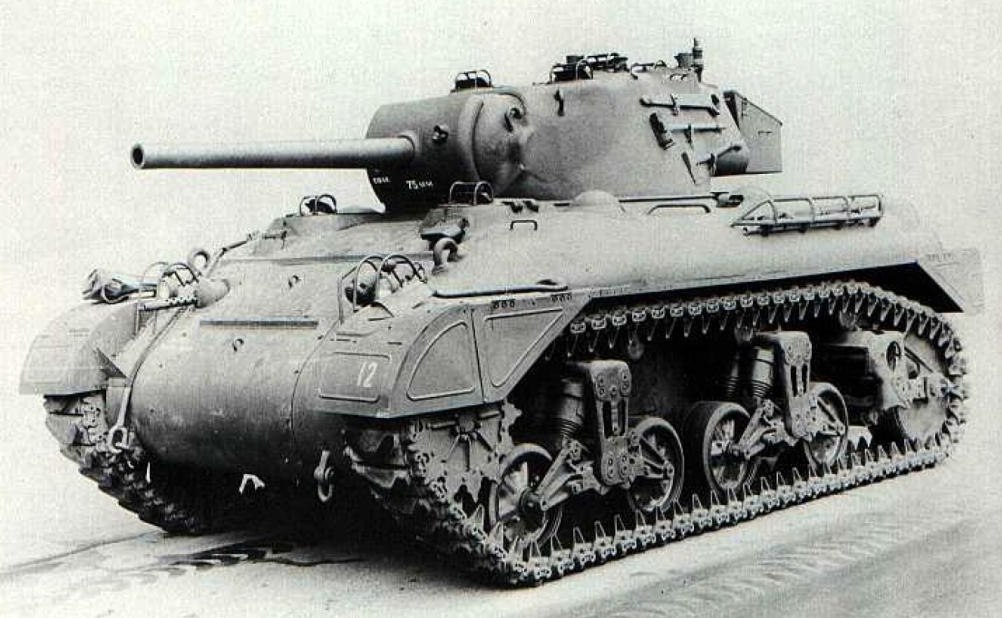