Although most armored vehicles in service had some AA capabilities thanks to articulated pintle arms and the rapid-fire of the MG 34, half-tracks carrying 20 (0.79 in) and 37 mm (1.46 in) guns were envisioned at first in order to support the mobile Panzer Divisions. However, tanks chassis soon started being used for this role. Although the Luftwaffe had overall superiority in France in 1940, the need for a mobile, well protected anti-aircraft vehicle that could follow the Panzerdivisions was recognized. The 2 cm Flak 38 auf Panzer I Ausführung A was planned by the Heereswaffenamt in 1941 and conversions begun at the Stoewer company on obsolete Panzer I Ausf.A chassis.

Design of the Flakpanzer I

Stoewer was not content with just erasing the superstructure. To improve stability, the frontal part of the superstructure was kept, but moved 20 cm (7.9 in) forward, and the engine deck cover was modified in order to increase the usable area when using the gun. On both sides, flaps made of sheet metal did not provide any protection, but created a platform when lowered, which again increased available space. In order to store extra ammunition, the original emitter/receiver radio was disposed of. Only the driver was offered some protection. Ammunition was stored under his seat and behind the loader. The 2 cm FlaK 38 L/112.5 was installed slightly offset to the right. This quick-firing autocannon was protected by a shield.

The Flakpanzer I in action

Due to the small number of conversions, only the Flak Abteilung (mot) 614 was fully equipped in 1941 and stationed in Romania. It later departed to the southern front. The puny gun was of little use against fast-flying aircraft, but was found quite useful for infantry support, due to its high rate of fire and extreme accuracy. However, the lack of protection meant high casualties in operations, so the vehicles were reallocated to quieter sectors. Some took part in the AA defense of the Stalingrad sector, but the surviving vehicles were all wiped out during the great counter-offensive of 1943.

The Flakpanzer I on Wikipedia 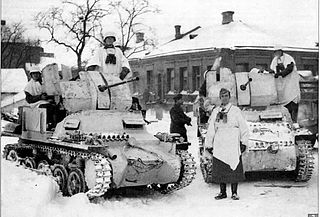 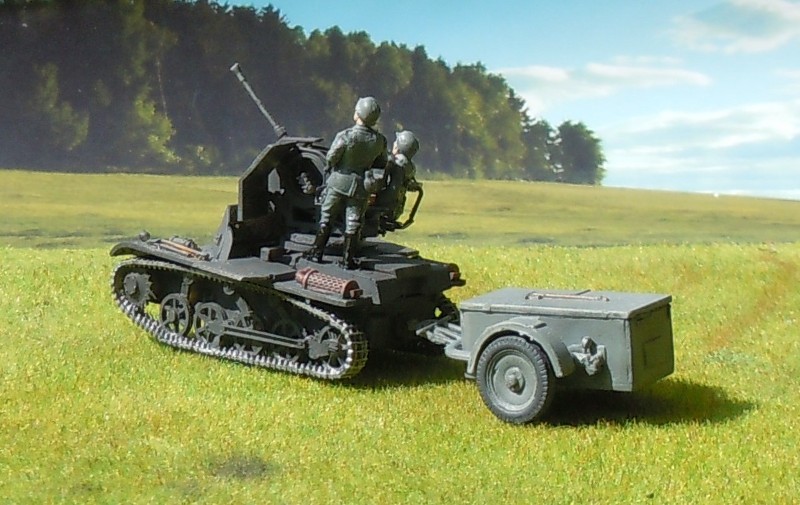 Model of the Flakpanzer I with its trailer.

Closeup of the Flak 38 in Russia