A response to the Sherman

Called the Chi-nu, this new model was devised as early as 1943, when it became apparent that even the high-velocity 47 mm (1.85 in) gun on the Type 97 Chi-Ha Kai would not be enough against the Sherman's frontal armor. 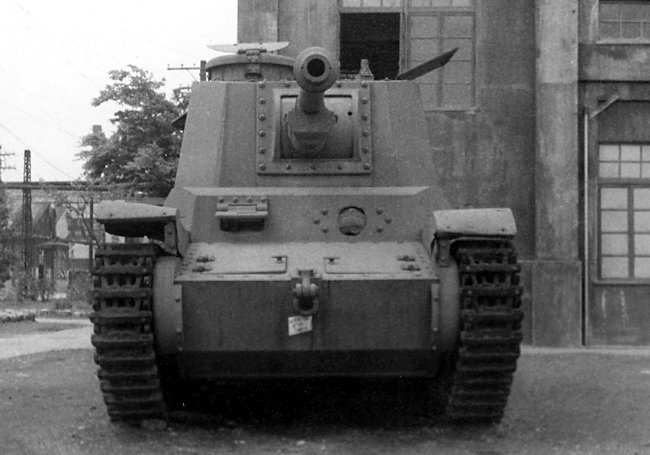 The Type 1 Chi-He, also based on the Type 97 Chi-Ha Kai, was quite an improvement in hull construction and armor, but fielded the same gun and was not ready until 1943. The army decided to shorten the development of its successor by taking the same mass-produced Type 97 chassis, upgraded to the Type 1 standard, and house the Type 3 75 mm (2.95 in) tank gun in a new turret. The Chi-Nu seemed the right response against the Sherman, fielding a comparable gun, and was produced to some extent, but never saw combat. 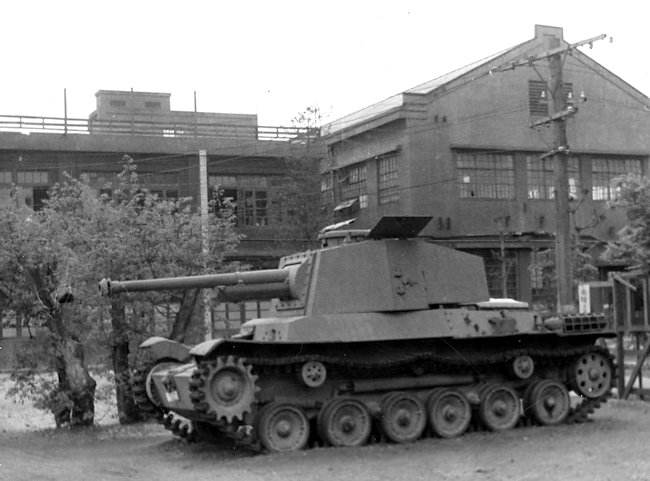 The Type 3 chassis was very similar to that of the Type 97 Chi-Ha, but slightly longer and wider, with thicker side armor and a 50 mm (1.97 in) strong frontal glacis. The suspension counted six roadwheels sprung by two horizontal coil springs and a bell crank, with three return rollers per side. The hexagonal turret was brand new, made of welded plates, 50 mm (1.97 in) thick (front). There was a commander cupola similar to the Type 1 Chi-He and Type 97 Chi-Ha Kai, equipped with a rotatable ring arm mounting a regular Type 97 machine-gun for AA close defense. The crew was composed of the commander, gunner, loader, driver and hull-gunner. The engine was a Mistubishi V-12 Type 100.

The program was started in May 1943 and was completed by October, which was a record in itself. Mitsubishi was chosen for production, painfully delivering 55 vehicles in 1944 and 89 until the last days of the war, due to shortages of steel and the priority given to battleship construction. Due to the slow delivery rate, training and the loss of sea dominance, the tanks were never sent abroad. They equipped Kyūshū and Honshū home islands' 1st and 4th Armored Divisions based around Tokyo, with 6 tank regiments in total (around 140 tanks at the end of the war). These vehicles were kept for training, but were mostly static due to increasing gasoline shortages.

In case of the awaited Allied invasion, they would have been deployed for massed counter-attacks, but the Japanese surrender ended those prospects and the Type 3 never saw action. A single vehicle escaped scrapping and is now displayed at the JGSDF Military Ordnance Training School at Tsuchiura, Ibaraki province. A single Chi-Nu received the Chi-To turret along with its Type 5 main gun, and it was tested at the Irago Firing Ground, being found satisfactory. However, no further vehicles were produced. After the war, this variant became known as the Chi-Nu Kai. 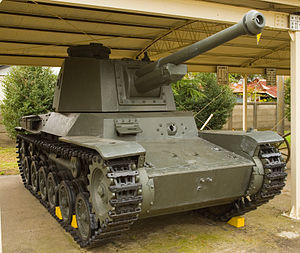