Like other industrial nations, and interested by UK's own tests in the 1920s, Japan began motorizing its army and create motorized infantry regiments to go with its newly formed armoured regiments. Gradually, and especially until the end of the 1930s for operations in China, the Army purchased a variety of trucks to carry troops and supplies. This increased in WW2 with a variety of lorries and trucks built by mostly by Toyota, Nissan and Isuzu. These were the Type 94 6-Wheeled Truck, Type 95 Mini-truck, Type 97 4-Wheeled Truck, Type 1 6-Wheeled Truck and Type 2 Heavy Truck for the latter, and Toyota KB/KC Truck, Nissan 80 and 180 Trucks, plus the Amphibious Truck Toyota "Su-Ki".

Development of the Type 94

The Type 94 was initially developed in 1933 as part of the Imperial Japanese Army's program to sponsor independent motor companies, in order to provide the army with a reliable truck platform. This was to counter the already tested existing civilian lorries which had poor performance in the field. Isuzu showed their design and a prototype was tested and eventually accepted in 1934. This sturdy 6x6 configuration gave all satisfaction in terms of range, reliability, and most important, off-road capabilities.

Design of the Type 94

The Type 94 was a 6x6 army truck design, fitted with an Otsu diesel engine that was capable of propelling it at speeds of up to 60 km/h while preserving range. The vehicle itself neither unarmed and unarmored, but carried two spare tires on the side for maintenance. The crew comprised single driver and the practical payload was 1,300 kgs of cargo, or and infantry platoon. Total weight was around 4,800 kilograms, total length 5.3 metres. Its army requirements design made it, unlike its civilian-based predecessors, highly reliable in the field and very capable of traveling cross country, helped also by a high clearance, to traverse the rough jungle terrain where it mostly served. Variants built during the war included an optional gasoline engine, a soft top and hard top conversions for the driver cabin roof.

The Type 94 in action

The Type 94 served abundantly in China and used widely across the Pacific Theater. Its performances were praised already in the late 1930s and was quickly adopted as the standard truck of the Imperial Japanese army. It served throughout until 1945 while thousands had been produced.

Links/sources about the Type 94 Lorry 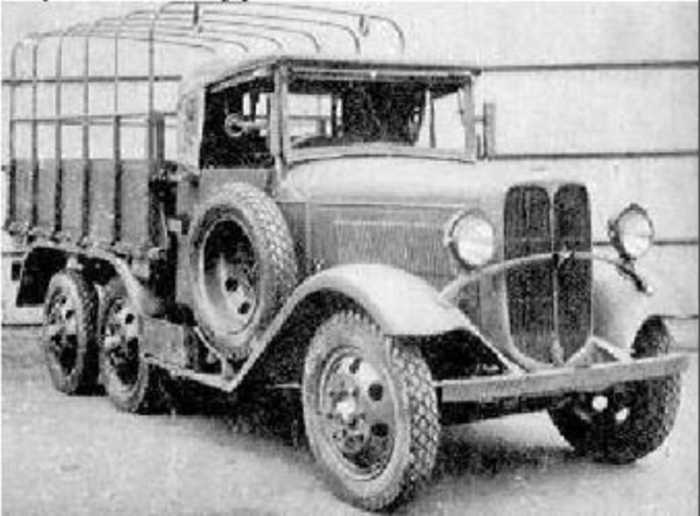