From dust to dust...

Immortalized in the Vietnam War for its tremendous firepower, the Duster was one of the US Marines and Army's great friend in the Jungle, cleaning up and effectively turning to dust any threat lurking into the green. It was of course not its main vocation but turned it to be so at a time most planes flew above the sound barrier. At the origin, it was conceived to replace the ww2 era M19 Gun Motor Carriage, based on the M24 Chaffee, that operated a twin 40 mm arrangement in a rear-mounted turret. It was decided in 1950 to transplant the system on the M41 light tank chassis instead, keeping the same turret. This new vehicle turned into the M42 of which 3,700 were cranked-up until 1956, largely exported, and enjoying a long and very active carrier (1988 for the US Army), barely over now worldwide.

Construction called for all welded steel (RHA). Most of the components came from the M41 to keep the cost down, and the compartmentation was unchanged, with the driver located at the front, central fighting compartment with the M42 turret seated on the original turret ring location, albeit larger, and rear engine compartment. The turret was open to allow maximal visibility, but the armament was shielded, protecting the front against retaliatory strafing attacks. However only the pointers and gunners had some protection, the loader remained exposed. The Armament consisted of fully automatic twin 40 mm M2A1 Bofors, which had a rate of fire of 2 ×120 rounds per minute (rpm). In addition, for close defense, an 8mm (0.30 in) Browning M1919A4 or a 7.62mm M60 machine gun could be installed on a side pintle located at the right-hand side of the turret. To maximize effectiveness, it was thought these vehicles could be assisted by a single M42 converted as radar fire control system, but the project was dropped because of cost issues. 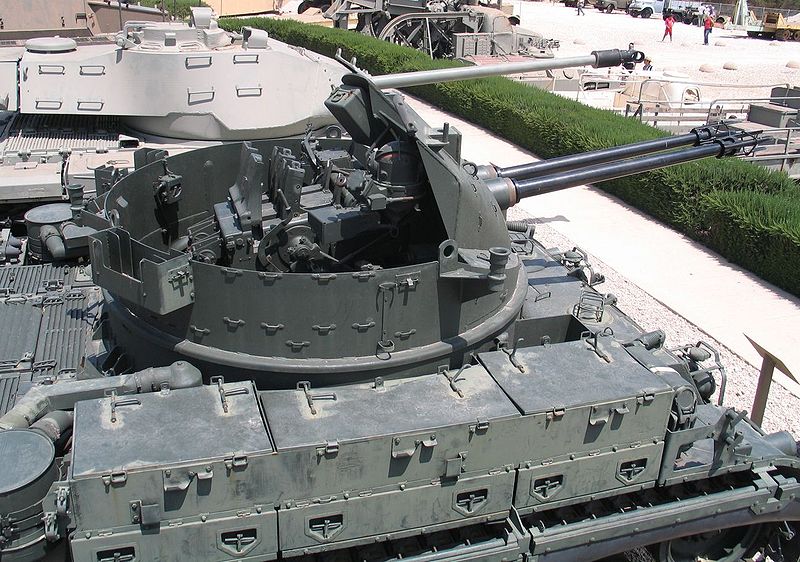 For propulsion, the M42 relied on a 500 hp, six-cylinder, Continental (or Lycoming ), air-cooled gasoline engine, which was also common with the M41 and well-proven. Thanks to this and an overall weight of 24.8 t (loaded), the power-to-weight ratio was 22.2 hp/t which gave a top speed of 45 mph (72 kph) on flat. Its only problem was the lack of range: Only 100 miles (170 km). The engine was coupled to a cross-drive, 2-speed Allison transmission. The drivetrain comprised six double rubberized roadwheels, as the front pair served as track tensioners/idlers. Drive sprockets were located at the rear so the transmission tunnel was quite short. Suspensions called for torsion bars, and shock dampers were given to the first two roadwheel pairs. Rigid dust side skirts were installed, which can be lifted up but were often removed.

The M42 in service

Production was undergone by the tank division of the General Motors Corporation, Cleveland Tank Plant. The first rolled off the line in 1952 and were in service in 1953. The production was altered in 1956 (M42A1) when a new Lycoming AOSI-895-5 engine (500 hp) was procured and the same range of upgrade as for the M41. Production eventually stopped in December 1959, as it was concluded that new SAM systems like the HAWK more effective against jets and condemned the SPAAGs. So the lifespan of service in the US Army was quite short, as it was decided to gradually retire all M42 from frontline units and passed them to the National Guard until 1963, the only exception being the 4th Bn, 517th Air Defense Artillery Regiment which operated in the Panama Canal Zone in the 1970s.

As the second Indochina war escalated, it was discovered that the new HAWK system performed poorly in low altitude defense. Therefore the Army recalled M42A1s back into active service, organized into air defense artillery (ADA) battalions, a process which started in November 1966 when the first three battalions arrived in VN. Crews were trained at the 1st. Advanced Individual Training Brigade (Air Defense) at Fort Bliss, Texas. Each comprised a headquarters battery, four Duster batteries, one attached Quad-50 battery, and one artillery searchlight battery. But the threat posed by NV aircraft weakened to the point units found themselves underemployed, therefore increasingly called for ground support missions. In that area they soon excelled, gaining an enviable reputation against massed infantry attacks. In addition, M42s were also used for point security, convoy escort or perimeter defense. 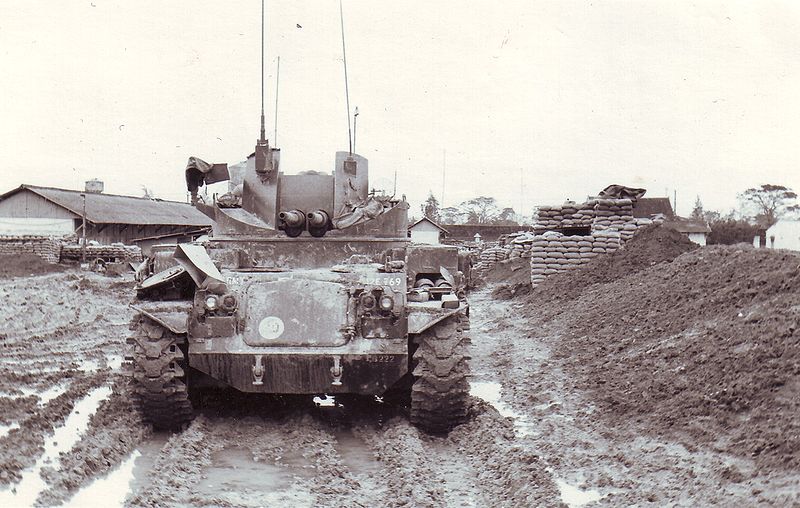 In an article by Charles E. Kirkpatrick, in "Arsenal", the M42 was deemed a "fairly simple piece of machinery", reliable and dependable, and it could survive a mine explosion due to an "excellent suspensions systems". On the armament side, the twin 40 mm bring a "terrific blast and fragmentation effect", was quite effective at long range, and could even perform indirect fire when guided by field artillery fire-directions centers. However, its engine proved ill-adapted to jungle runs, wearing rapidly, and maintenance was complicated by hard-to-get spare parts. Also, the ammunitions used a highly sensitive point-detonating fuse that prevented maximal effectiveness in heavily forested areas and concentrated vegetation. The 1/44th Artillery (at Con Thien and Khe Sanh Combat Bases) and Marines I Corps (IFFV Đông Hà) nevertheless praised these vehicles which proved instrumental to defeat convoy ambushes, and distinguished themselves in Operation Pegasus (to broke the siege of Khe Sanh), and repeatedly defeated attacks during the Tet offensive, and Operation Lam Son 719. In total, roughly 200 M42 Dusters saw service throughout the entire war (the last operated on the DMZ until March 1972), and about 200 fatalities were recorded. Three battalions were retired in December 1971, but at that stage, surviving vehicles were passed onto the ARVN forces.

In the 1970s, it was generally accepted that SPAAGs were complementary to SAMs systems, the first providing an extra bubble of protection against aircraft and helicopters that escaped the longer missile range. However, after Vietnam, it was nevertheless decided to give these vehicles back to the National Guard, maintained until 1988 as corps-level ADA assets. 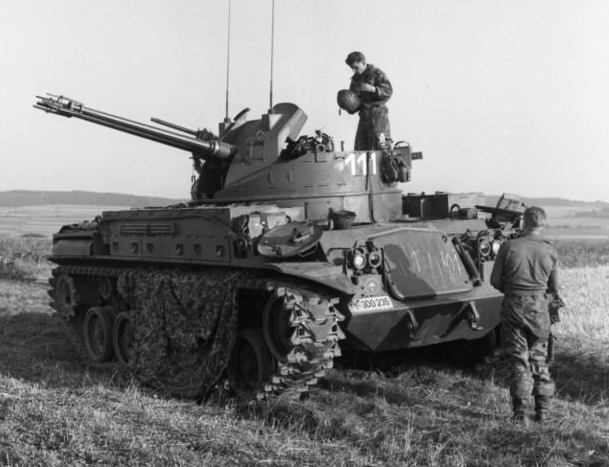 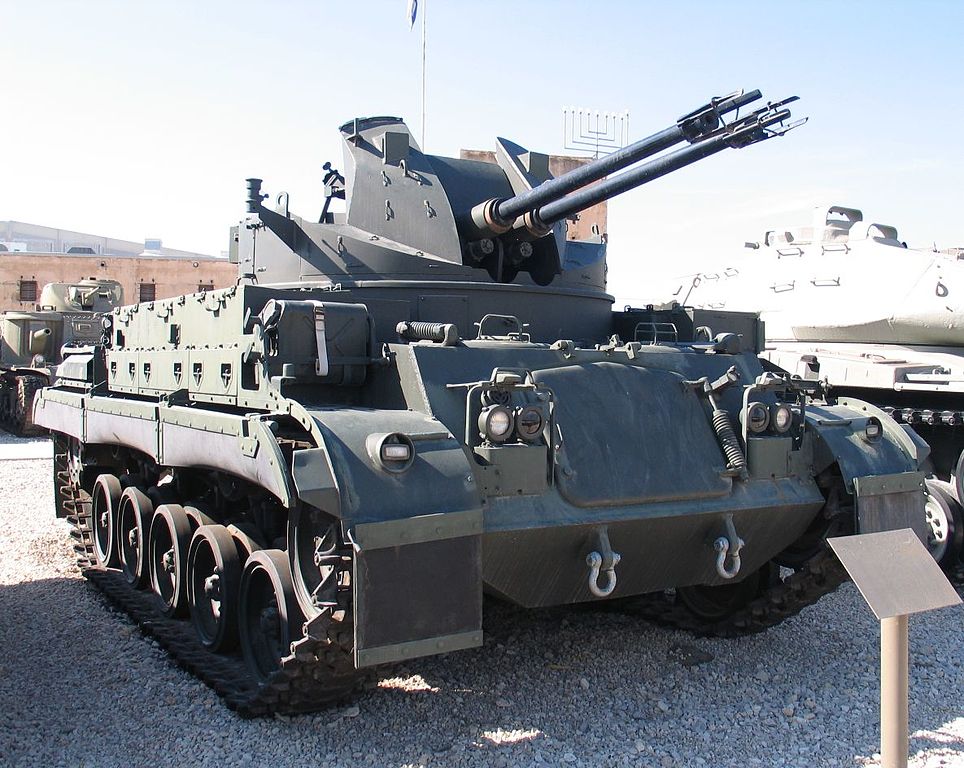 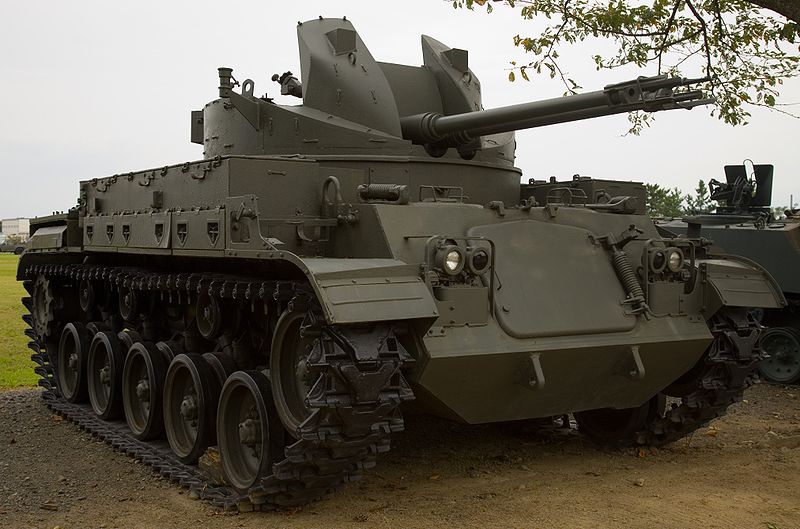 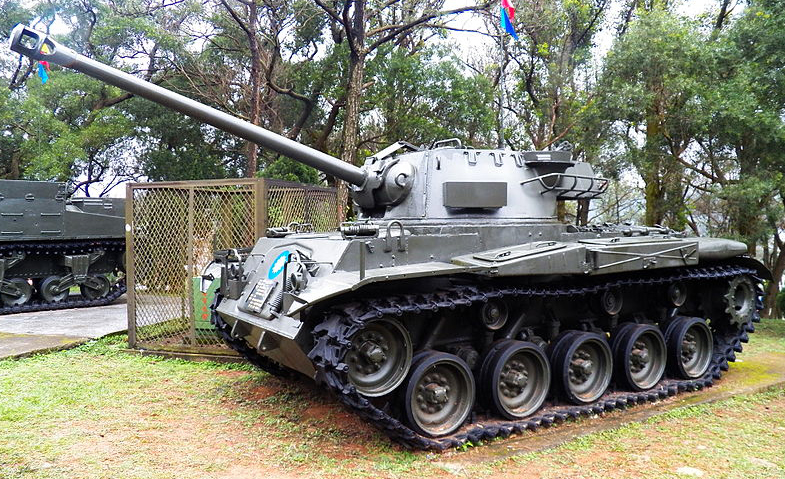